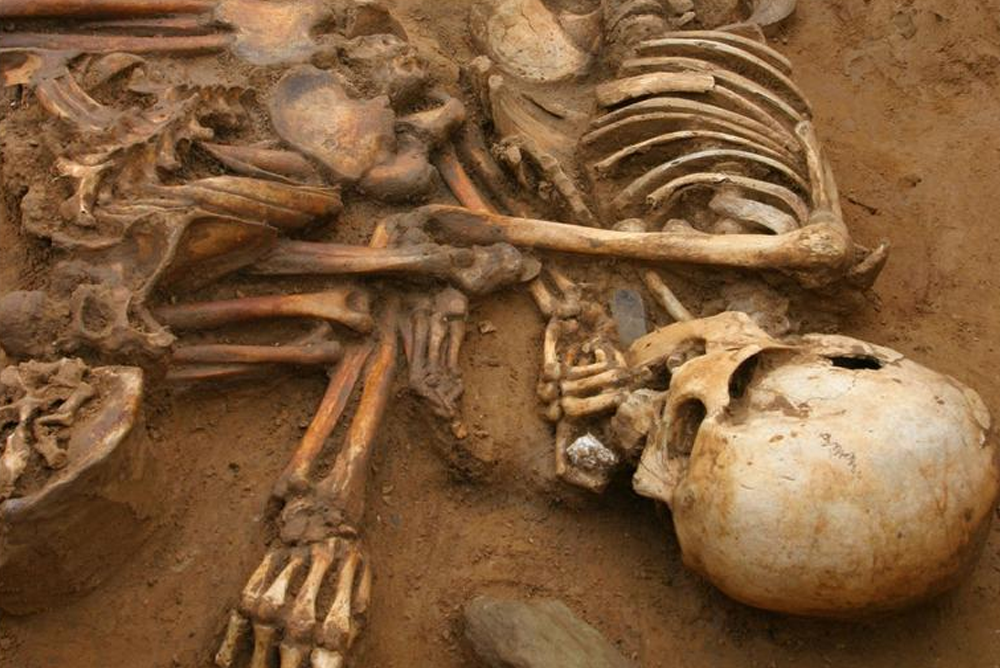 Share on Facebook
Tweet on Twitter
By Jacqueline I. McKinley, Matt Leivers, Jörn Schuster, Peter Marshall, Alistair J. Barclay and Nick Stoodley
ISBN 9781874350705
£35.00 buy online from Oxbow Books
Excavations at Cliffs End Farm undertaken in 2004/5 uncovered a dense area of archaeological remains including Bronze Age barrows and enclosures, a large prehistoric mortuary feature, and a small early 6th to late 7th century Anglo-Saxon inhumation cemetery. An extraordinary series of human and animal remains were recovered from the Late Bronze Age–Middle Iron Age mortuary feature, revealing a wealth of evidence for mortuary rites including exposure, excarnation and curation.
The site seems to have been largely abandoned in the later Iron Age and very little Romano-British activity was identified. In the early 6th century a small inhumation cemetery was established. Very little human bone survived within the 21 graves, where the burial environment differed from that within the prehistoric mortuary feature, but grave goods indicate ‘females’ and ‘males’ were buried here. Richly furnished graves included that of a ‘female’ buried with a necklace, a pair of brooches and a purse, as well as a ‘male’ with a shield covering his face, a knife and spearhead. Overlapping with the use of the cemetery in the Early Anglo-Saxon period, but continuing into, at least, the 11th century, are 74 pits confined to the southern part, many of which contain large quantities of marine shell, probably consumed locally at communal gatherings.
English Heritage funded an extensive programme of radiocarbon and isotope analyses, which have produced some surprising results that shed new light on long distance contacts, mobility and mortuary rites during later prehistory.

Review of Research Frameworks for the Historic Environment