The site had been used until recently by Dings Crusaders Rugby Club as practice pitches and although some previous investigation had been undertaken, including trial trenching, it was not until the site was entirely stripped of topsoil that the layout of a Roman villa, complete with walled courtyard, outbuildings and wells was revealed, as well as a stone trackway, which presumably provided access to the settlement from a nearby road. Investigation of the archaeological remains indicated that the site had been occupied for a few hundred years, with the villa complex developing from an earlier settlement dating to the Late Iron Age. The site appears to have enjoyed its most prosperous period between the 2nd and 3rd centuries AD, before being abandoned sometime in the second half of the 4th century AD.

Although it was possible to recover a full ground plan of the development of the villa complex it was evident that the structural remains had been heavily robbed for stone and other material after it had fallen out of use, with the site effectively becoming an open quarry of readily available building material. Subsequent agricultural use of the site had evidently denuded the remains still further. 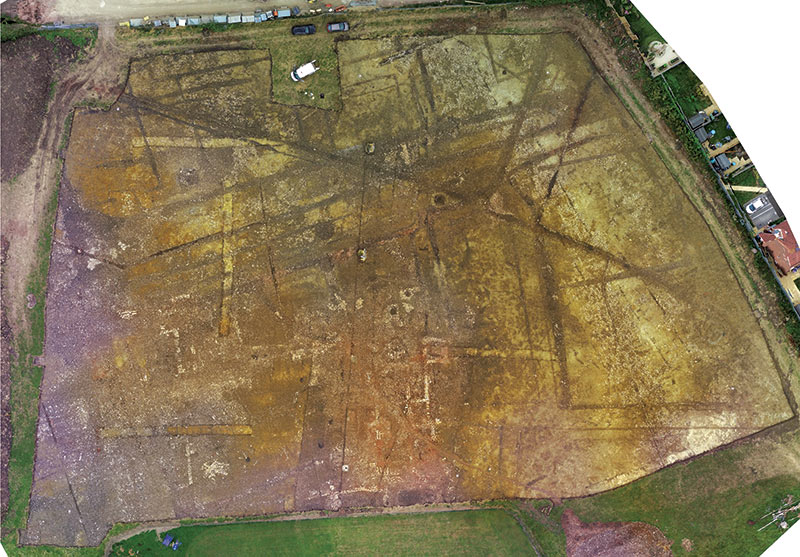 Investigations recovered a considerable quantity of artefacts including metal finds and pottery as well as animal bone, which will be carefully cleaned, catalogued and assessed for their archaeological significance. Resulting information will then be integrated into the post-excavation analysis of the site, which will ultimately culminate in the publication of a detailed report on the findings. Redrow then intends to donate all the finds to Bristol Museum and Art Gallery.

In partnership with Cotswold Archaeology, Redrow also plans to hold an exhibition of the finds at a venue close to the site and talks will be held for local school children, history enthusiasts and any other interested parties so they can hear a lot more about the exciting discoveries.

10 Years of Thames’ Finds on Display