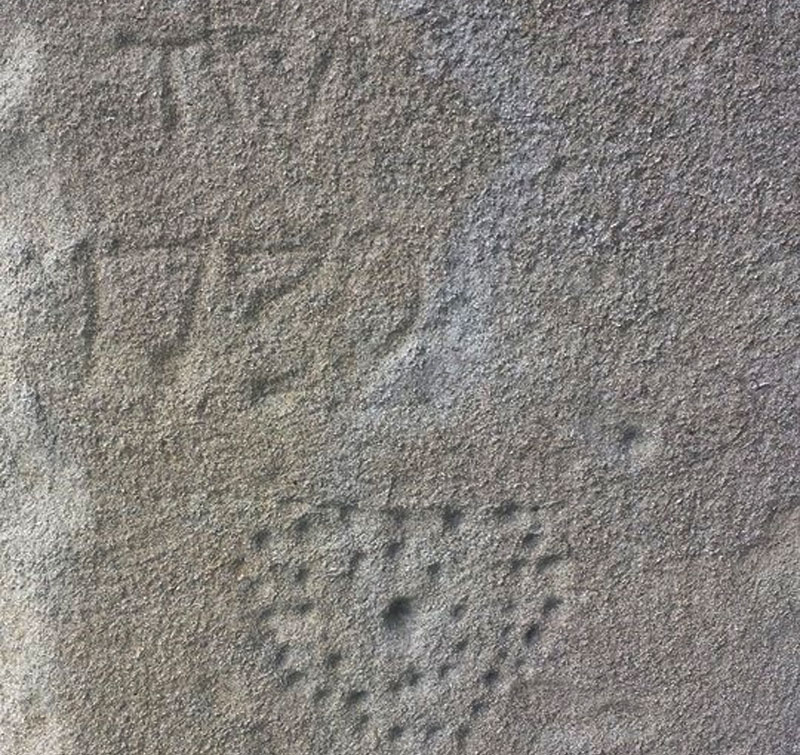 The survey will be carried out by volunteers from the local community, and seeks to identify, record and interpret examples of Medieval graffiti in local churches in two distinct regions of the two counties.

The project will explore local churches that have existing Medieval fabric in both the District of Bolsover in north-east Derbyshire and the Sherwood Forest region of Nottinghamshire. It seeks to identify and record examples of graffiti and use history- and arts-based workshops to interpret the art. Volunteers will also be supported in creating their own pieces of art that will interpret the graffiti, which will form part of an exhibition to be showcased at Creswell Crags Museum & Education Centre, home of Britain’s oldest art.

Involve Heritage CIC will work with local volunteers from both regions and of all age groups and will support them in carrying out a detailed survey and recording process that will map and document existing examples of Medieval graffiti. The project will also help them to learn more about the purpose, nature and creation of Medieval graffiti, and help them to understand the role it played within society.

The project will explore questions such as ‘Why was it created?’, ‘Is it merely graffiti?’ and ‘What can the graffiti tell us about life in the Medieval period?’.

Involve Heritage CIC will work in partnership on the project with the wider Medieval Graffiti Survey group, MBArchaeology, the Southwell and Nottingham Church History Project, Bolsover Civic Society, Creswell Heritage Trust and several local churches to gain a deeper insight into this previously under-researched part of our regional history.

Commenting on the award, Involve Heritage CIC Director Matt Beresford said: “We are delighted to have received the support of the Heritage Lottery Fund and are thrilled to be able to help local people undertake such an important and exciting project. We will be conducting work that is both regionally and nationally significant. It is a great opportunity for us all, as a community, to learn more about our local heritage.”

Commenting on the news, Matthew Champion, Project Director of the Norfolk and Suffolk Medieval Graffiti Survey stated that “this is really great news. Nottinghamshire and Derbyshire have some superb medieval churches that are already known to contain many fascinating early inscriptions. We are really looking forward to seeing what the project discovers”.

We will be conducting some volunteer recruitment and initial training sessions over the next couple of months, and then the survey work and a series of heritage/arts workshops will begin in November.

To register your interest, contact the Project Leader Matt Beresford via matt@involveheritage.co.uk

The Mystery of the Burned Schooners