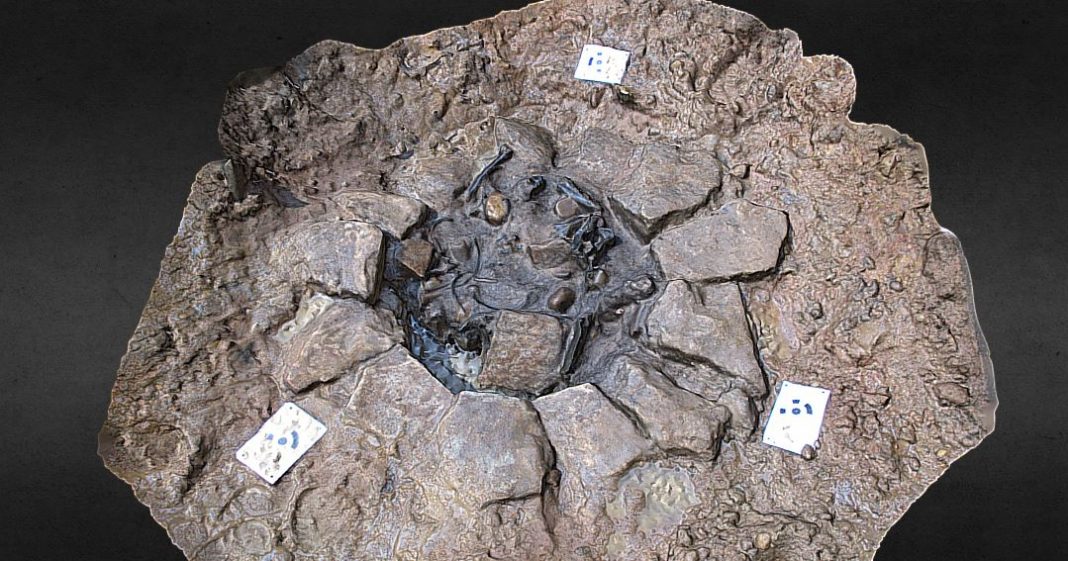 Cotswold Archaeology has just completed excavations ahead of residential development at Oak Lane, Bredon, on behalf of Newland Homes. They began monitoring the development in late October, but an excavation team was soon on site when it became apparent that a higher density of features than previously thought was present.

Previous archaeological work in Bredon parish suggested that the area of was first occupied during the Bronze Age, with evidence for subsequent Iron Age and Roman activity coming from the vicinity of Bredon Farm. A trial trench evaluation that preceded the development indicated further Roman remains survived on site, but the extent of these was unclear. What emerged over the course of three-week excavation was the remains of rural Roman activity that included a well and a series of ditches, all pointing towards a small area of Roman occupation.

The well was the most interesting feature on site. It was stone lined and in good condition at its surface. Excavation to a depth of nearly two metres showed that the well had been subject to ritual closure that involved the careful placement of three ceramic vessels, over which were discovered the remains of both human and dog skeletons. Because of the waterlogged conditions at the base of the well organic material had survived, including two leather shoe soles.

Adrian Scruby (Historic Environment Advisor, Worcestershire Archive and Archaeology Service), the archaeological advisor for the area, commented: “The archaeological contractor and the developer have worked closely together to deliver the excavation works successfully while enabling groundworks to proceed on the remainder of the site outside the area of archaeological interest. All in all it has been a model of good practice, and considering the size of the site it has delivered far more than we expected. The work will help tell new and old residents of Bredon alike about the history of their local area and resulted in some interesting discoveries.”

Michael Joyce, the CA project leader, added: “The concentration of archaeological evidence found during the excavation was far denser and more revealing for Bredon and the surrounding area than I think any of us were expecting. However, due to the high level of co-operation between Cotswold Archaeology and Newland Homes, and thanks to the hard work of all the site staff, we have gained a great understanding of an unexpected but interesting and informative Roman rural site”.

Click below to view a 3D model of the base of the Roman well created by Cotswold Geomatics team.

Base of Roman Well – Oak Lane, Bredon
by Cotswold Geomatics
on Sketchfab

Life and Death on the Waterside

Axe Discoveries at the Ness of Brodgar shed light on Neolithic...