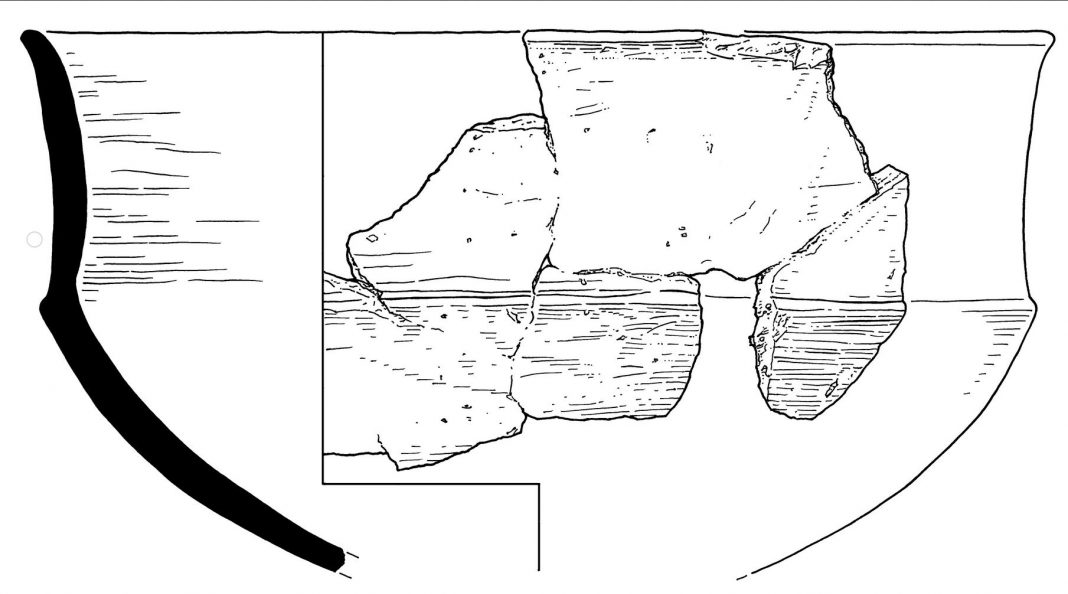 Pottery is one of the most commonly recovered artefacts from archaeological sites, but accurate radiocarbon-dating of these objects has proven extremely challenging. A team of scientists at Bristol University, led by Prof Richard Evershed, and associated research colleagues from various organisations including CA, have developed a technique to accurately and directly radiocarbon-date pottery.

This technique targets the fatty residues from food trapped within the porous fabrics of pottery vessels used to prepare, cook and consume food. The process involves using preparative gas chromatography to extract palmitic and stearic fatty acids from pottery. The residue is then radiocarbon-dated using accelerator mass spectrometry.

Focusing on pottery of Neolithic date and from sites of known age that have already been dated by scientific means, such as the Sweet Track (Somerset),  this new technique will allow the direct dating of individual vessels, the construction of refined typochronologies and the mapping of pottery distributions and direction of any geographical spread {trade/exchange}. In particular, the technique can be used where other organic material that is routinely used for scientific dating  simply has not survived.

The new technique features in the online edition of Nature (Volume 580).

The post Cooking up Chronology appeared first on Cotswold Archaeology.

The Archaeology of the Broadmead Expansion Project monograph

Geophysical survey of the London shipwreck