This one off project for 2014 is to mark the 50th anniversary of the publication of the Caernarvonshire: West III: An inventory of the Ancient Monuments in the County, by the Royal Commission on the Ancient and Historical Monuments of Wales, which was published in 1964. The publication is the most comprehensive and definitive record of archaeological sites in the area (Llŷn Peninsula).

From July 12th (Start of the Festival of British Archaeology until the end of 2014 – 31st December), the project website will be live. The site is a digital version of the 1964 publication, displaying the records of the archaeological sites on the Llŷn Peninsula, by parish and site type.

The site which will only be live for the course of the year, allows free access to this popular publication, containing original digitized site records, plans and notes. The website is based on the publication and divided into the respective parishes and site types.  http://www.crwydro.co.uk/aberdaron/

We are asking people to visit these sites during the course of the year and upload photographs of the sites as they are today and any other comments and observations. This will provide an important snapshot of the surviving heritage of the Llŷn Peninsula.

It provides an unprecedented approach to commemorate this publication, whilst also serving as a crowd-sourcing research project – providing updates for the National Monument Record and Historic Environment Record and a method of assessment for the condition of the sites now 50 years on. Therefore it will provide an important resource for heritage management in informing decisions especially around planning. For more information about Heritage Management, email us for the free 2014 Heritage Guide.

Uniquely this project is being managed by digital volunteers, members of the local community who will moderate the uploads during the course of this year.

The reason for this is that it is a product of the time. As the Inventory was written in 1964, English remained the official language of the public sector, and as a result all publications were in English. We have not translated this as it represents the authentic nature of the publication. To conform with the Cymdeithas Archaeoleg a Hanes Llŷn / Llŷn Archaeology and History Society ethos for bilingual engagement with heritage, the site is available in Welsh or English, and we encourage uploads in either Welsh or English. 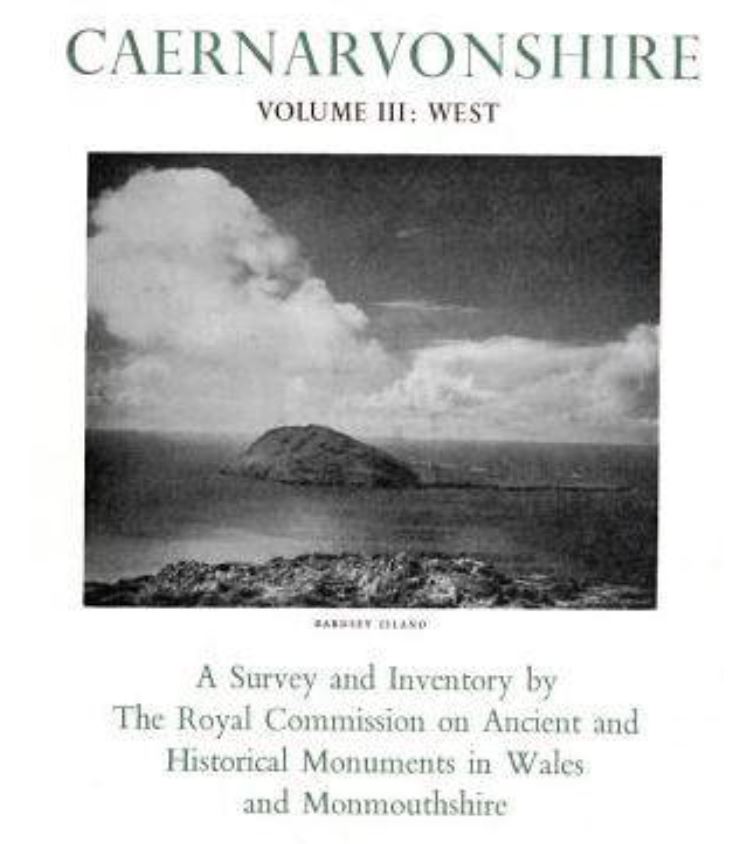 Heritage is a changing concept, with today’s sites, tomorrow’s heritage. Therefore back in 1964, sites such as Second World War defences at Porth Neigwl, Penrhos and RAF Nefyn , which we now consider important archaeological sites were not. Furthermore sites new discovered through archaeological surveys and excavation since 1964 are not included. Given the limited scope of this project, we are only focussed on those recorded in the 1964 publication, for the current record of sites, go to Coflein. Where there has been a new understanding or a change in the condition of the site, we are keen to know.

The project promotes the fantastic work of the commission – from its hardback inventories to is current digital platform- making the NMR accessible and identifiable. It will also strengthen the fantastic work that Gwynedd Archaeological Trust undertake through the use of the Historic Environment Record in planning guidance.

The project is a partnership between the RCAHMW and Cymdeithas Archaeoleg a Hanes Llŷn/ Llŷn Archaeology and History Society.
For more information email archllyn@hotmail.co.uk or Jamie on 07773346323

Bradgate Park excavations to be revealed at archaeology discovery day