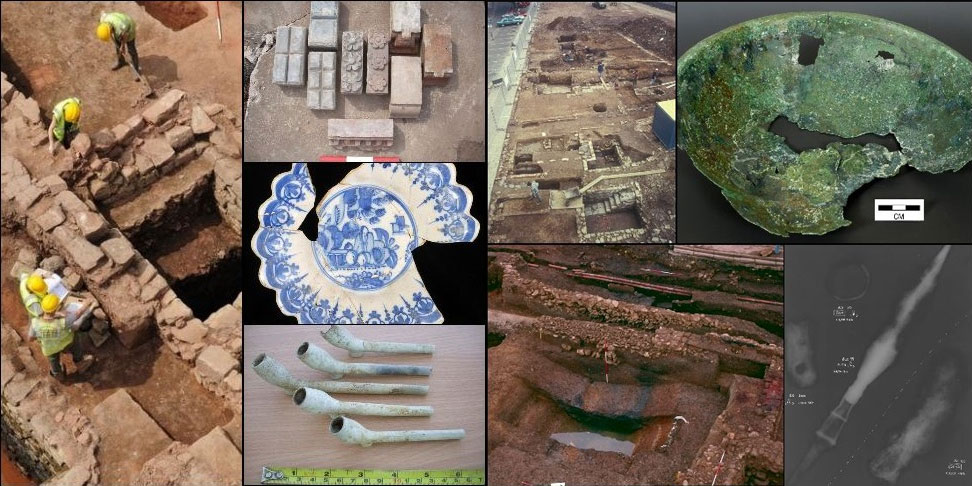 Following the closure of Birmingham Archaeology (BUFAU), a project was initiated to identify and secure important born-digital archival material, and latterly to arrange transfer to the ADS.

The ADS have been archiving this digital material, including images, CAD files, databases and GIS over the last few months.

The archives and reports of Birmingham Archaeology can now be accessed from the overview page:  http://archaeologydataservice.ac.uk/archives/view/1959/

A total of 68 BUFAU archives have been released. Below are some of their favourite archives that stood out over the last couple of months.

Ahead of the redevelopment of Derby Inner Ring Road, Birmingham Archaeology was commissioned to undertake archaeological fieldwork. This site consisted of several different archaeological investigations, including a watching brief, an evaluation, an excavation and an historic building recording. Stratified archaeological deposits spanned a period from the 11th to the 20th centuries. This archive includes an extensive image gallery, reports, CAD files and GIS.

This archive consists of several truncated Victorian brick-built cellars. The houses that belonged to the Victorian cellars appear to have been terraced into the hillside that rises up to the church on top of the hill. Older pictures of what the houses looked like before they were demolished are also part of the archive.

Archaeological investigations took place on areas affected by the Banbury Town Centre Redevelopment. The archaeological fieldwork revealed three main zones of archaeology, including the castle precinct, the Bridge Street/Mill Lane Urban Landscape and the River and Canalside Waterfronts. This archive includes some nice overview shots and an X-ray of the smaller finds.

This archive represents one of the most important medieval sites to have been excavated in Coventry. The finds include pottery, ceramic building material, wood, glass, metalworking waster and textiles. 3D Models have been made of several finds.

This archive consist of an historic building recording of building on New Street, West Bromwich, these buildings have been demolished. The images in this archive are very diverse, as an Inn, brewer, plumbing business, a group of small businesses and a funeral home were recorded. The interior of the Nelson Inn was of interest as original fixtures and fittings were still present.