Lots going on as ever – click the links to read the full story.

Sutton Hoo lyre and the music of the Silk Road 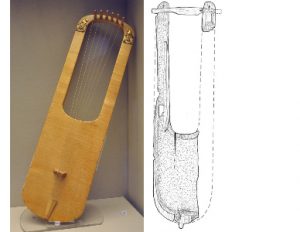 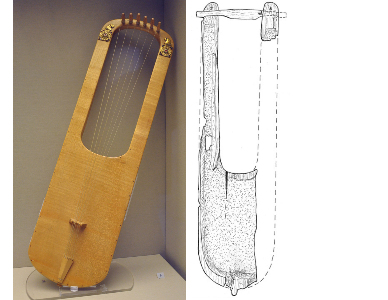 A recent re-examination of finds from Soviet-era excavations in Dzhetyasar, Kazakhstan, has identified the remains of two wooden objects as stringed instruments. Dating to the fourth century AD, one bears a strikingly close resemblance to lyre finds from Western Europe, including the instrument from Mound 1 at Sutton Hoo: the Sutton Hoo lyre.

From a new study published in the journal Antiquity.
The Sutton Hoo lyre and the music of the Silk Road: a new find of the fourth century AD reveals the Germanic lyre’s missing eastern connections | Antiquity | Cambridge Core 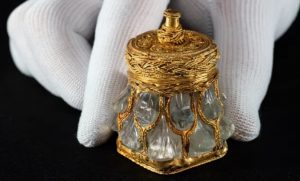 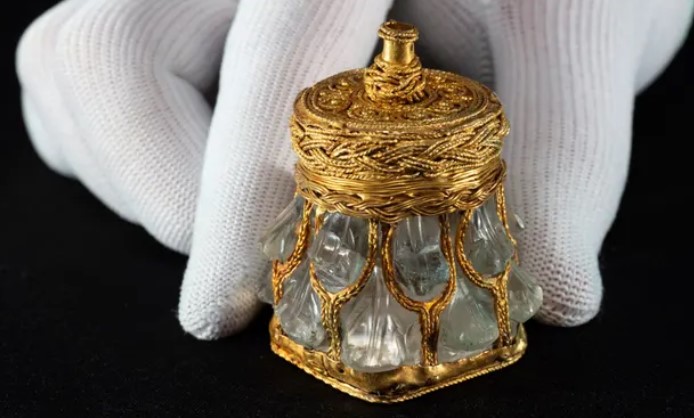 Found in a pouch within the remarkable hoard , now that pouch has been removed and its contents restored, revealing an extraordinary Roman rock crystal jar wrapped in exquisite layers of gold thread by the finest medieval craftsman in the late eighth or early ninth century.

About 5cm high, it may once have held a perfume or other prized potion used to anoint kings, or in religious ceremonies. It had been carefully wrapped in a silk-lined leather pouch, reflecting its significance.
‘Extraordinary’ restoration of Roman rock crystal jar from Galloway hoard | Archaeology | The Guardian 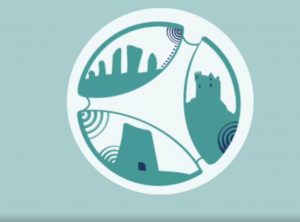 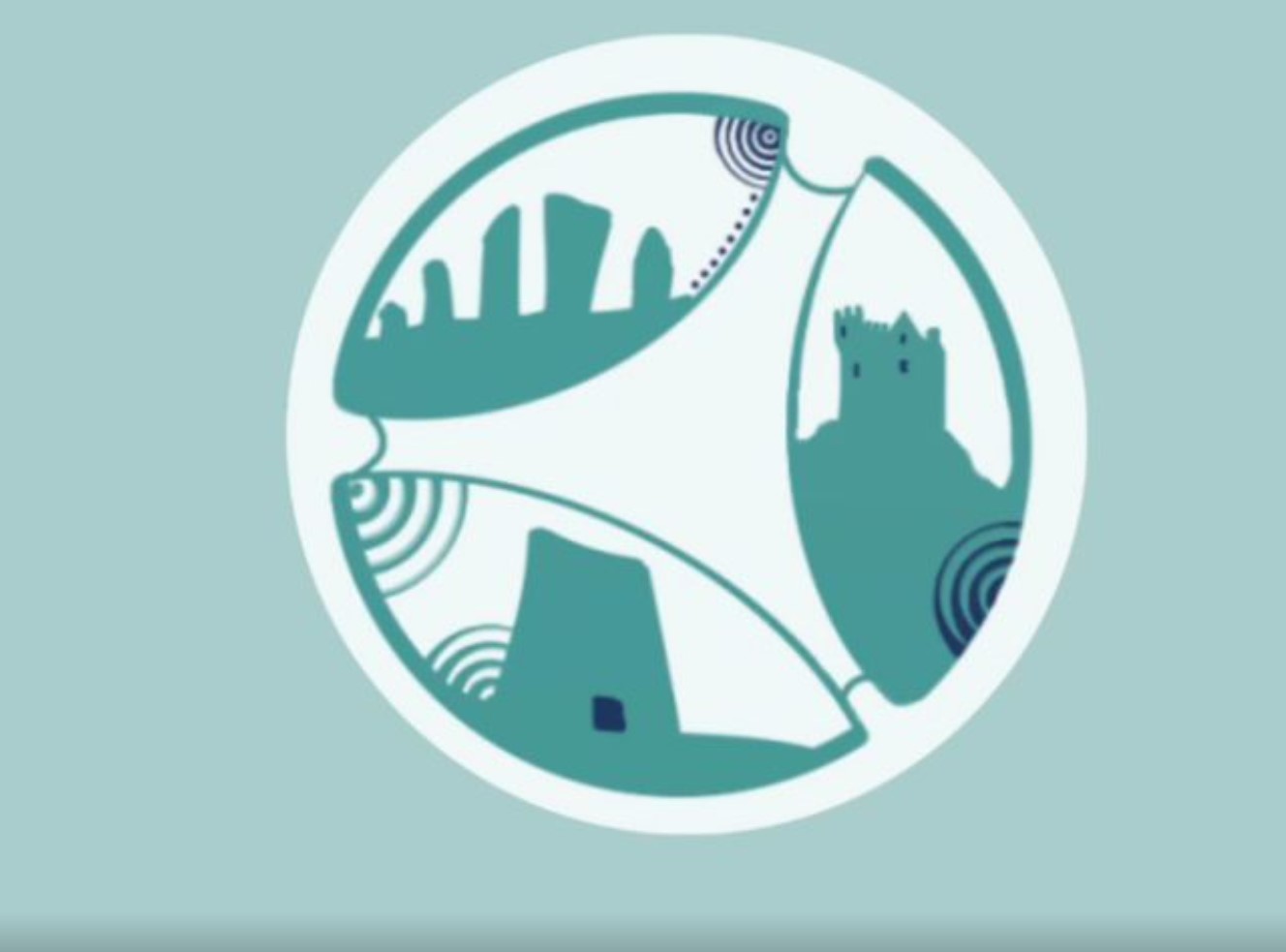 The next edition of the Scottish Student Archaeology Society Conference is taking place 12-13 February 2022! Undergraduates, postgraduates, and early career archaeologists are invited to present their research.
If you’d like to hold a talk of 15-20 minutes, email the Edinburgh University Archaeology Society
📩 edin.archsoc@gmail.com for more details. 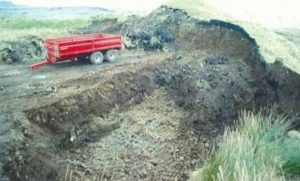 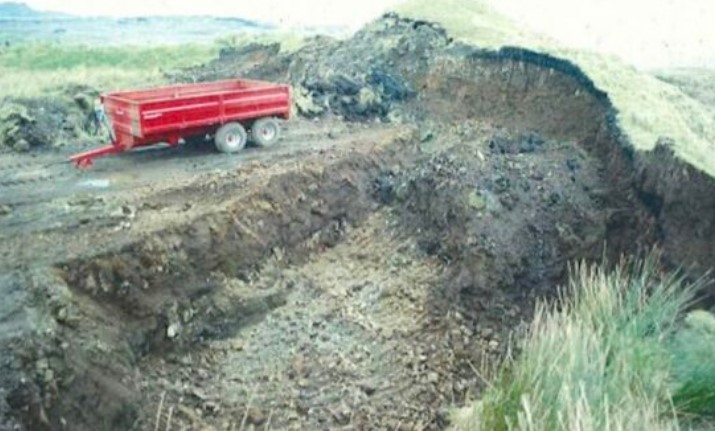 A farmer has been fined £18,000 after destroying a historic cairn dating back 4,000 years – because he wanted to build a new shed.

Duncan MacInnes used the earth from Upper Tote Cairn in the north of Skye as topsoil to help with the building project elsewhere on his land. 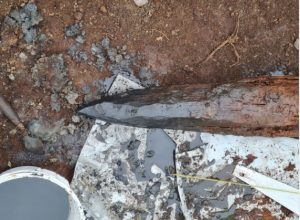 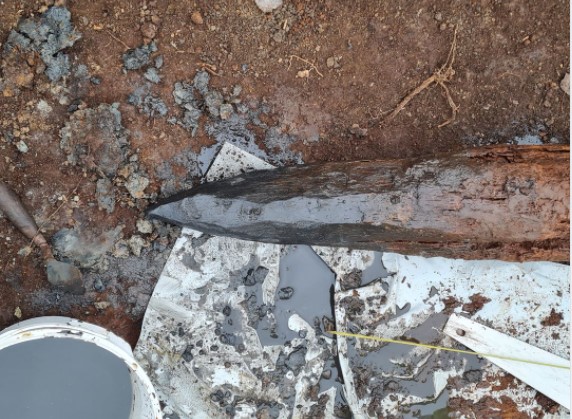 After starting our second trench that would examine the wooden causeway (the confusingly named Trench 3!) we continued to remove the sediments that sat above and around the upper layer of timbers. It was a tricky start to the week, with the weather proving to be both damp and windy, conditions that made excavation challenging. Despite being unpleasant to dig in, at least the rain helped to keep the wood wet! However, by the middle of the week we were back to regular spraying to make sure that the wind wouldn’t dry out the timbers.
Projects | Department of Archaeology (cam.ac.uk) 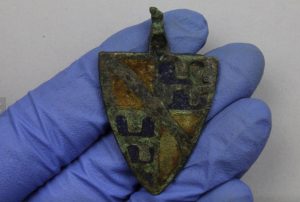 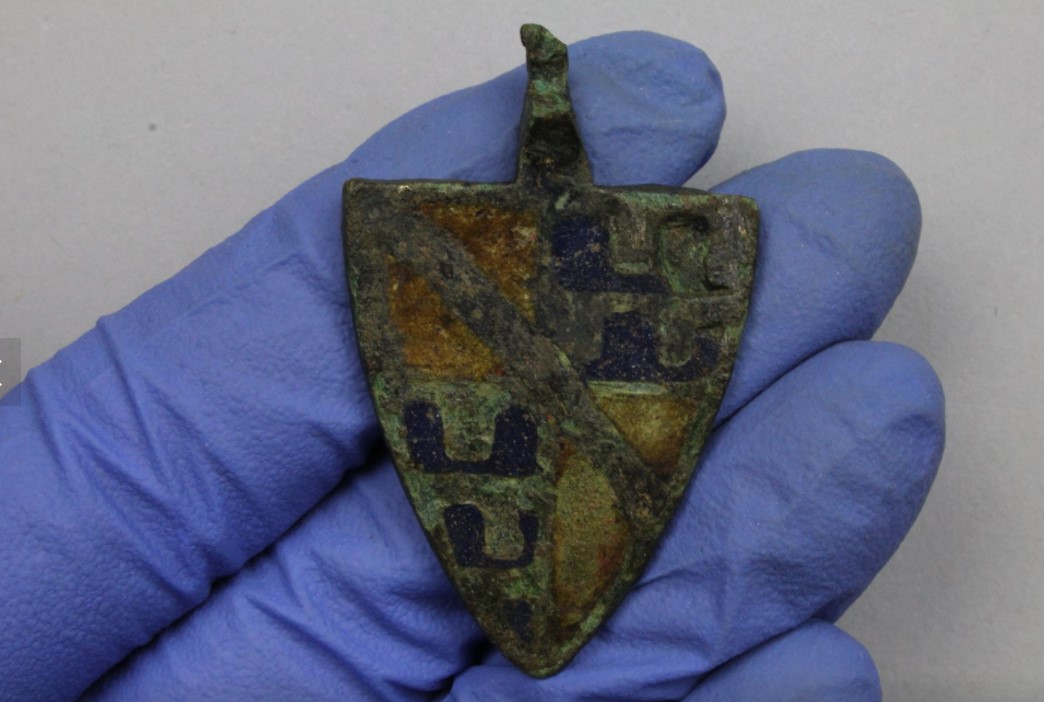 Horse harness pendants typically date to the 13th or 14th century, though some are much earlier. They were prominently displayed, sometimes being attached to the peytrel on the horse’s chest, and sometimes on the horse’s forehead. Some show recognisable heraldry and were an open display of the rider’s allegiance, but others are simpler, and were probably not connected with nobility. They are usually suspended by a little loop at the top, but others are more substantial.
Horse Harness Pendants — AOC Archaeology Group 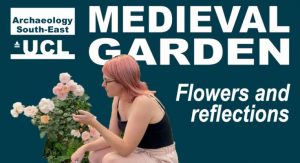 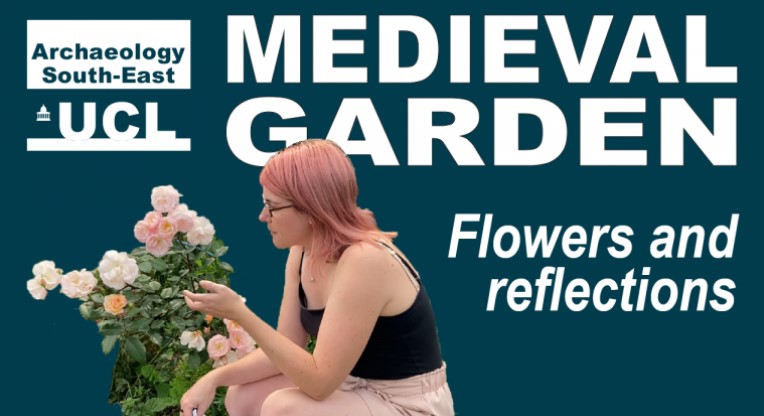 How and where we have grown flowers has changed over the centuries. The growing of food produce has been a priority right from the earliest known gardens, but even so it seems that flowers have been grown in beside vegetables for centuries.

In the medieval period flowers were used for multiple purposes including home decoration, all year round in garlands and wreaths (McLean 1980). Other uses include clothing and hair adornment, gifts for others as well as being eaten with meals and in medicinal recipes.
ASE’s Medieval Garden | 4 | Flowers | Archaeology South-East – UCL – University College London 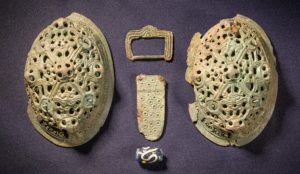 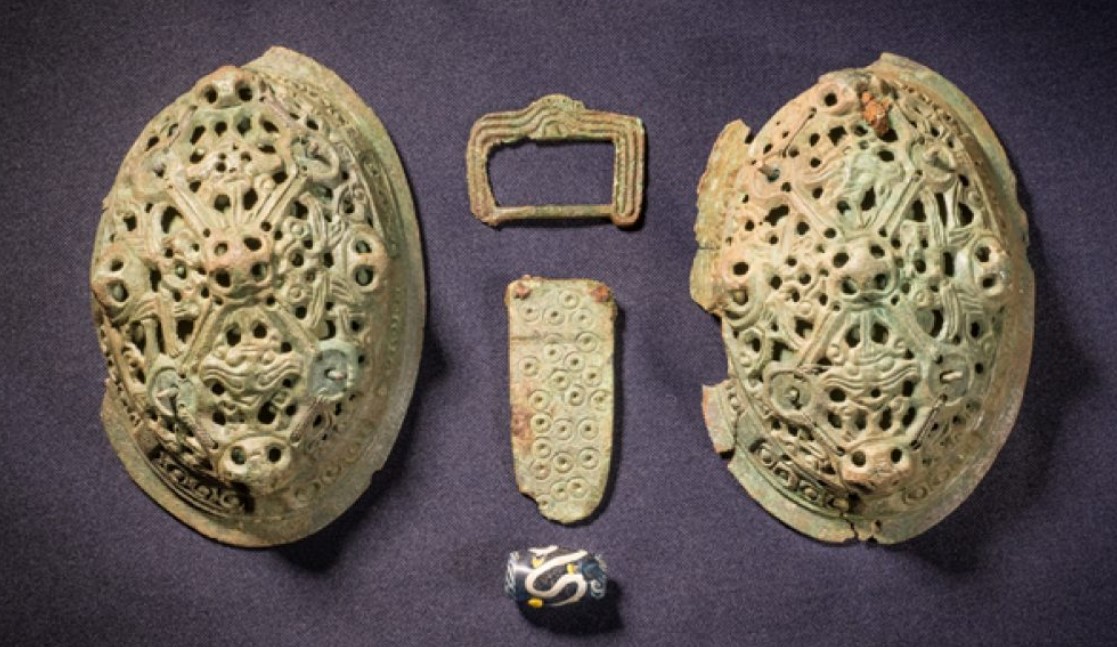 Two stunning Viking Brooches discovered on the Isle of Man in December 2018 by metal detectorists John Crowe and Craig Evans, will go on display in the Manx Museum thanks to specialist conservation work by York Archaeology.

Full details can be found here:
STUNNING ISLE OF MAN VIKING BROOCHES GO ON DISPLAY AT THE MANX MUSEUM (manxnationalheritage.im) 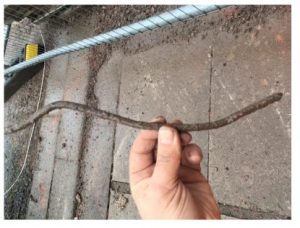 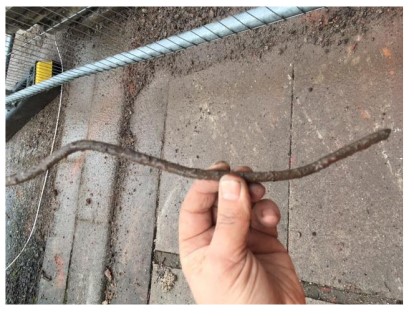 The Incident
An archaeologists was injured while was using bolt cutters to trim back protruding rebar from reinforced concrete at the top of a newly excavated trench. When the bolt cutters chopped through one of the rebar (4mm thick) easier than expected, the arms closed quickly and hit their chest. The injury is a suspected broken rib and the restriction in movement with the pain has meant the person has been unable to work on site for more
than 7 days and so the injury is reportable to HSE (RIDDOR)
Info here: H&S Notice: Protruding Rebar – Bolt cutter injury (famearchaeology.co.uk) 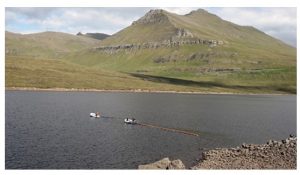 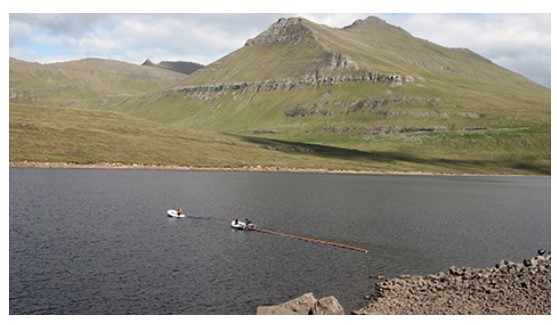 The Faroe Islands, an archipelago between Norway and Iceland, were once believed to have been settled by Viking explorers in the mid-9th century CE. Thanks to new analysis of ancient sheep DNA, the remote, North Atlantic islands are now shown to have been inhabited by British Isle shepherds centuries before the Vikings arrived.  Discovery of ancient sheep DNA revises origin story for purported Viking colony | William & Mary (wm.edu)

HISTORIC MALDON DISTRICT – a lost fortress, a secret base and a century-old pandemic 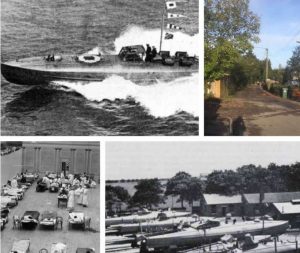 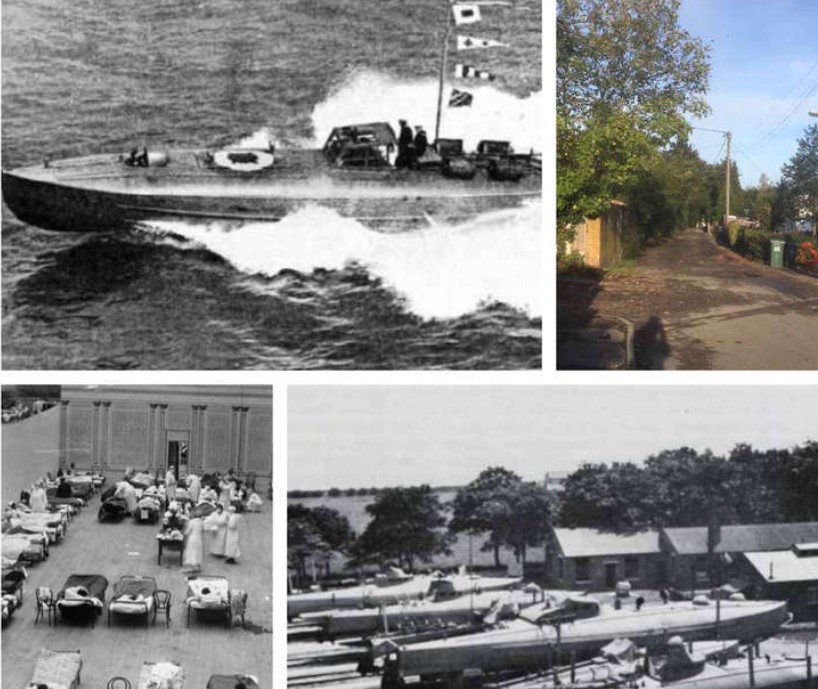 The Maldon Archaeological Group looked for remains of Maldon’s ancient burh fortress in October 2020 . King Edward the Elder (son of Alfred the Great) founded a Burh (fortified town) in Maldon in 916 A.D. Designed as a place of sanctuary in the event of attack, it would comprise a ditch, bank and palisade.  In December 2020 we entered lockdown and the Pandemic was approaching its height. We looked back at a time when an even deadlier outbreak, of H1N1 virus was sweeping a population already devastated by four years of war – it swept the globe in four waves, killing 228,000 people in the U.K..  and then they searched for the little-known story of Osea Island’s secret World War 1 naval base.

Click to learn about them all!  HISTORIC MALDON DISTRICT – a lost fortress, a secret base and a century-old pandemic | maldon.nub.news

A landmark archaeological study of Winchester has been granted £200,000 by Hampshire County Council to support its completion, and to help promote the city as a heritage destination. 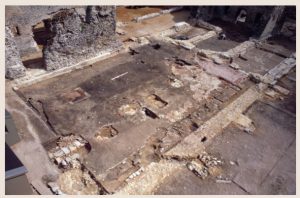 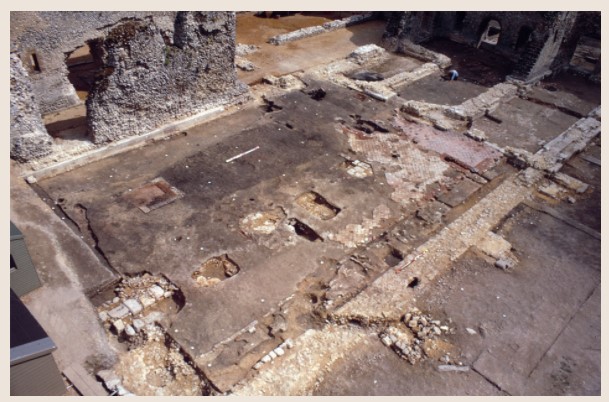 The ‘Winchester Excavations’ project aims to make its findings widely available through digitisation, which will enable the development of interactive and online educational resources, supporting events in schools and communities across the county.

Awarding the grant at his Policy and Resources Decision Day meeting on 16 December, County Council Leader, Councillor Keith Mans, said: “The 20th century archaeological study of Winchester, led by the eminent Professor Martin Biddle, was ground-breaking in many ways. It is still regarded internationally as one the most important and influential excavations of its kind. The investigations unearthed volumes of material providing extraordinary insights into the fortunes of the city over the centuries. The ‘Winchester Excavation’ team is now fundraising to complete this pioneering project and to make its findings widely available online, enabling people here in Hampshire and around the world to access the historic material. I’m confident this will add to Winchester’s global reputation as a leading heritage destination, which supports vital jobs in tourism, culture, hospitality and education. Therefore, I am pleased to confirm a £200,000 contribution from Hampshire County Council to the Winchester Excavation charity.”

Between 1962 and 1971 the Winchester Excavations Committee carried out the largest programme of archaeological excavations and historical research ever undertaken in a British city, with more than 2,000 people digging on its sites. The team sought to understand more about why Winchester’s fortunes waxed and waned over 2,000 years from the Iron Age, through Roman, Anglo-Saxon and medieval times, through to the emergence of the modern city in the Victorian period.

In recent years, the Committee has been undertaking a major fund-raising campaign with the twin aims of publishing the remaining volumes of work and bringing the outcomes to a wider audience. For more information, visit Winchester Excavations Committee

Not all news has to be MEGA 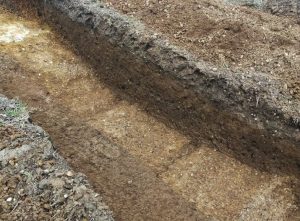 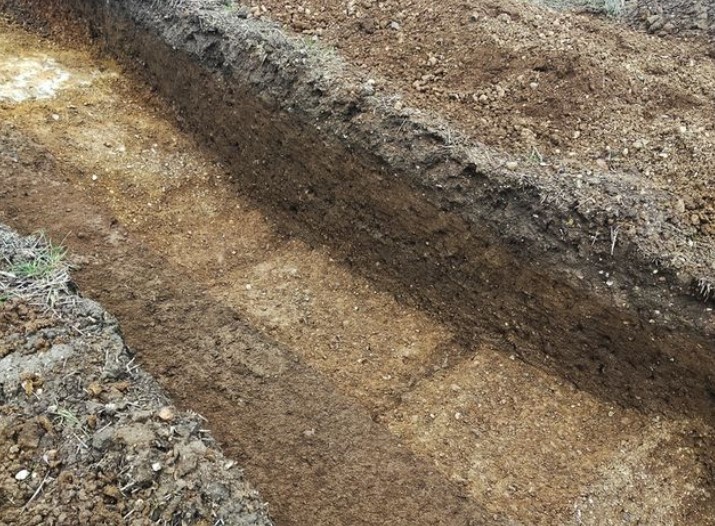