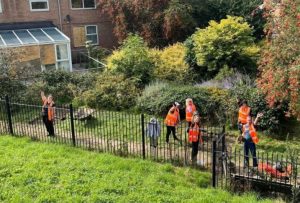 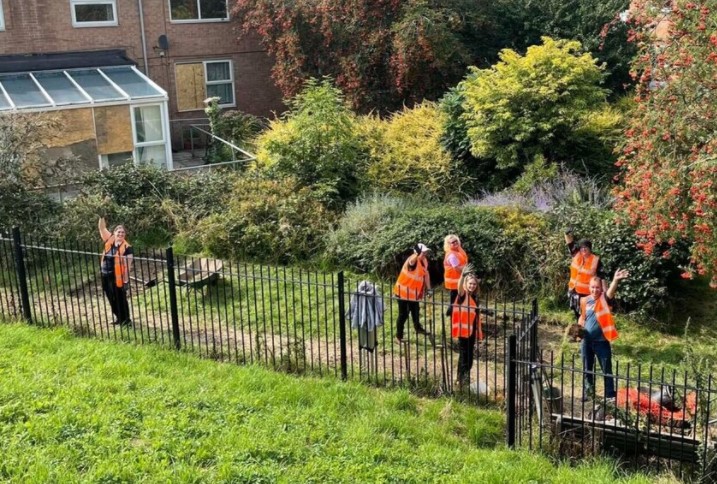 Last week the government announced that 2 York heritage based projects are among the 477 locally led innovation projects to receive a share of the £200 million Community Renewal Fund.
Archaeology On Prescription, run by the York Archaeological Trust, helps people develop skills and improve their confidence through working with archaeological excavations.
‘Street Life’ programme run by the University of York intendeds to bring the history of the city’s famous Coney Street back to life – and look ahead to York’s future.
Read more:

Bone Inlay from the tomb of a Roman girl from London 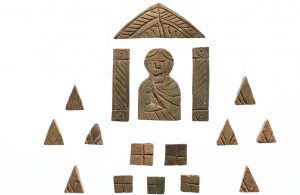 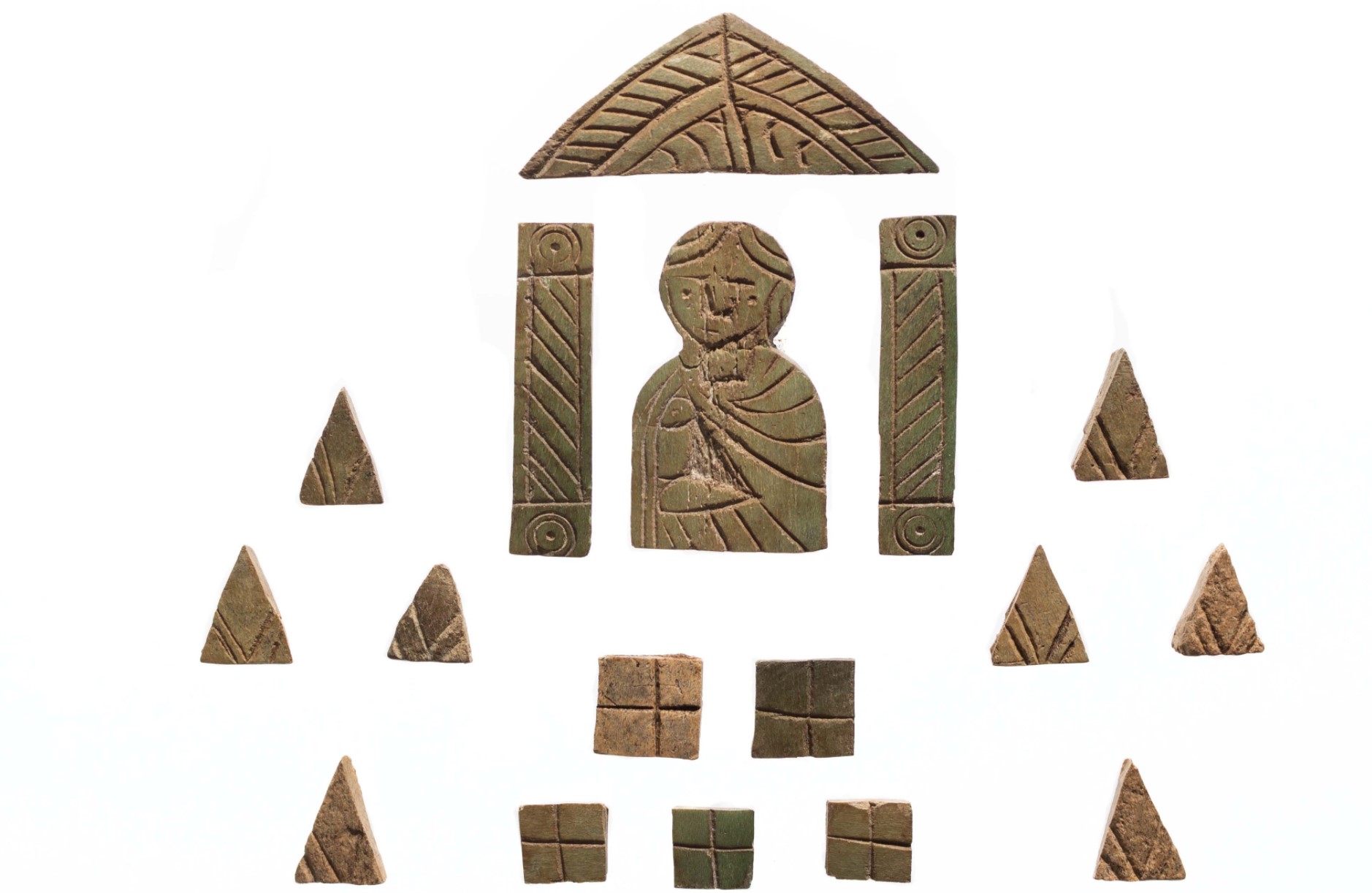 PCA highlight this amazing Roman carved bone inlay that came from the grave of a 14 year old girl in Southwark, along with several other spectacular grave goods. It’s been suggested that this bust is reminiscent of depictions of Vesta, the Roman goddess of the hearth, home & family.
Read more: PCA (@PCAarchaeology) / Twitter 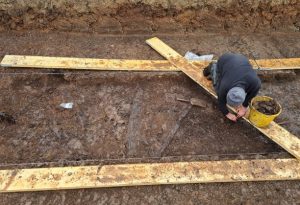 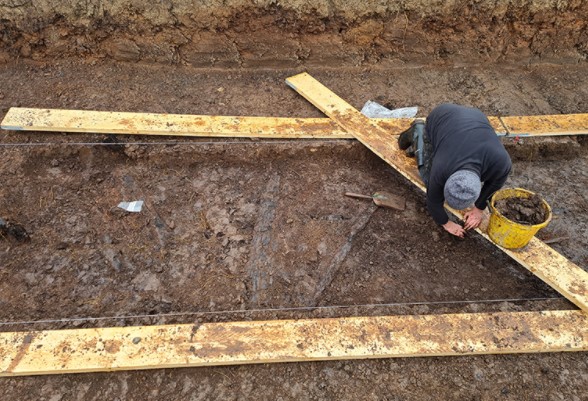 The first blog article from Cambridge Archaeological Unit work at Flag Fen. The piece provides information on the background of the project and the aims of the evaluation.  Posts and horizontal timbers begin to appear of the prehistoric causeway after some top class and delicate machine work.
Read more: Projects | Department of Archaeology (cam.ac.uk) 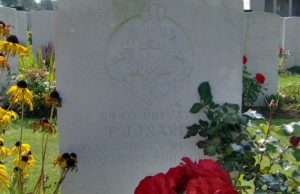 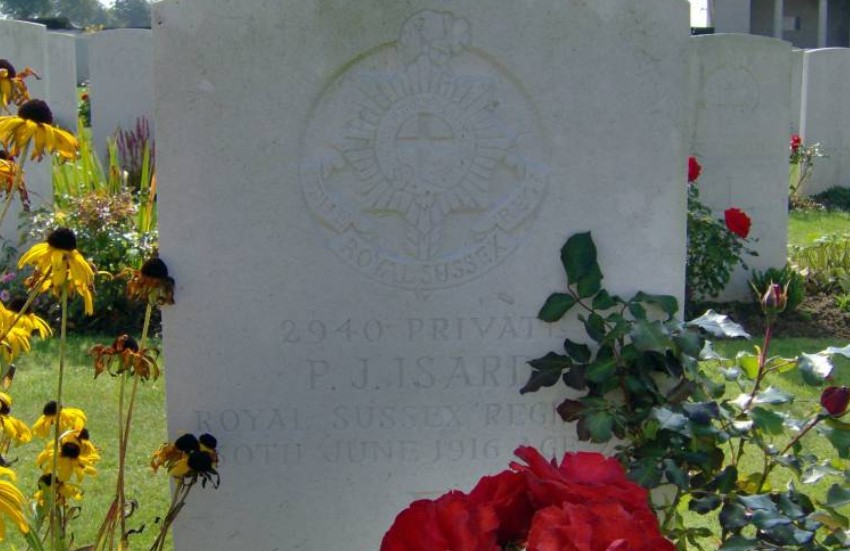 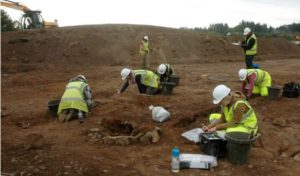 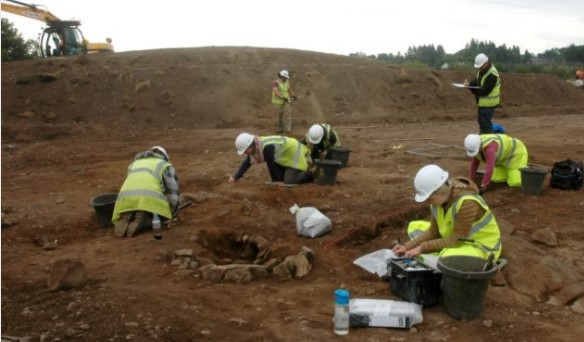 A newly published report reveals the results of GUARD Archaeology’s excavations at Maidenhill on the southern outskirts of Newton Mearns in East Renfrewshire, conducted between 2017 and 2018. The remains of early Neolithic and later pits, and evidence of Bronze Age burial practices were uncovered. Radiocarbon dates were obtained from a variety of features indicating activities throughout much of the fourth millennium BC and the second half of the third millennium BC.
READ MORE: A well-trodden prehistoric path | (guard-archaeology.co.uk)

The archaeology of the A120 Little Hadham Bypass – Webinar 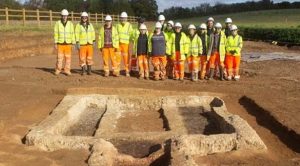 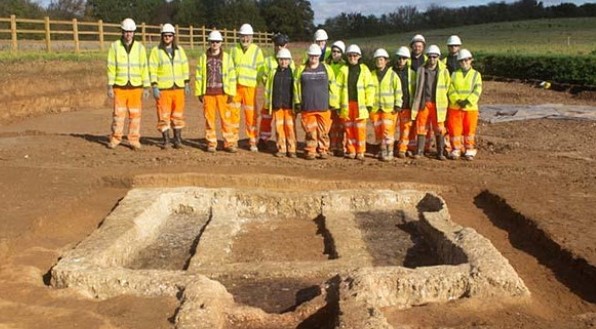 You’ve read the articles and watched the videos from Cotswold Archaeology, now sit back on the 23rd November while the specialist teams share the stories of the landscape, people, and possessions revealed during the A120 dig in celebration of the Milton Keynes office’s 10th birthday.
Book the free place:  The Archaeology of the A120 Little Hadham Bypass & Flood Alleviation Scheme Tickets, Tue 23 Nov 2021 at 19:00 | Eventbrite 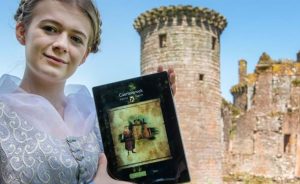 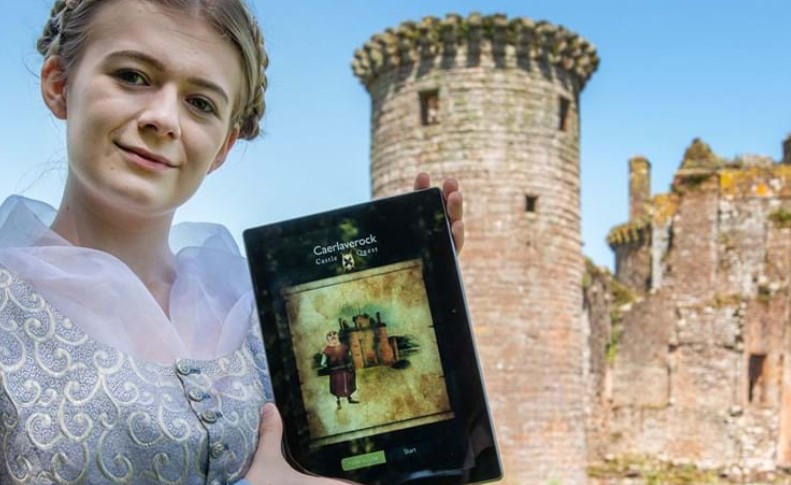 Historic Environment Scotland have just launched a Climate Change Explorer app.
Download to discover how unique historic places in Edinburgh’s World Heritage Site are being impacted by the climate crisis.
Explore 3D models of Edinburgh landmarks, including Edinburgh Castle and Charlotte Square, to find out how climate change is having an impact on Scotland’s heritage.
READ MORE: Download  App |  Scotland’s Historic Environment 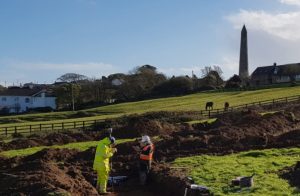 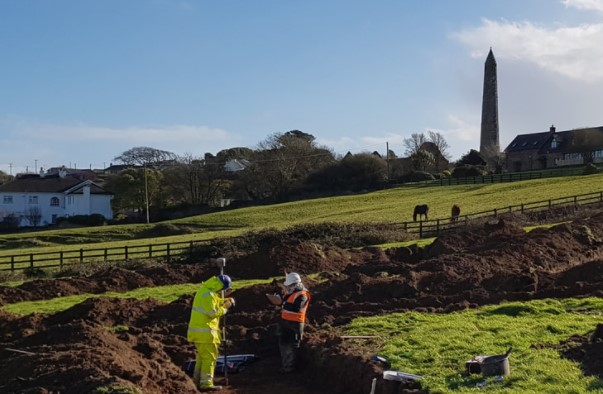 As Rubicon’s Quality & Compliance Manager, Carmelita Troy is responsible for maintaining our ISO certified IMS, implementing an audit program, training staff in the IMS, assisting the development of company processes and procedures, quality control on documents, facilitating tender quality submissions, and supporting the Human Resources and Procurement Management functions.   She looks forward to being part of the emerging shift away from the ‘race to the bottom’ in price, to a preference and emphasis in quality demanded by our clients.
READ MORE:  Quality and Compliance at Rubicon Heritage Services Ltd with ISO Certification – RUBICON HERITAGE
Buster Farm Bronze Age house thatched 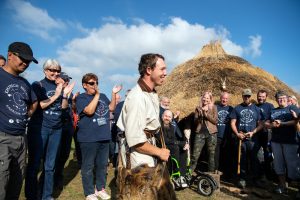 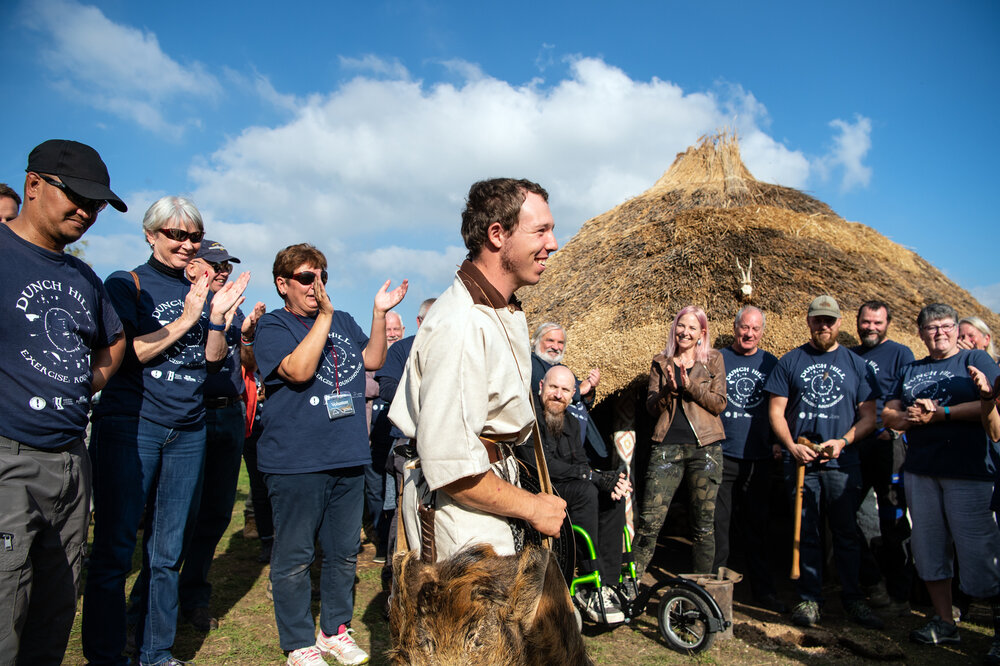 Buster Ancient Farm are delighted to be able to report that the Operation Nightingale Bronze Age roundhouse is now all but finished.
The latest blog post by Project Archaeologist Trevor reflects on the challenges and triumphs of the thatching!
READ MORE: The Bronze Age Blog – Session 16 – the thatch is complete! — Butser Ancient Farm 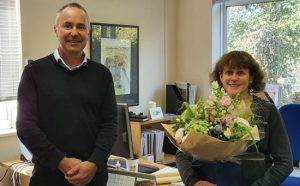 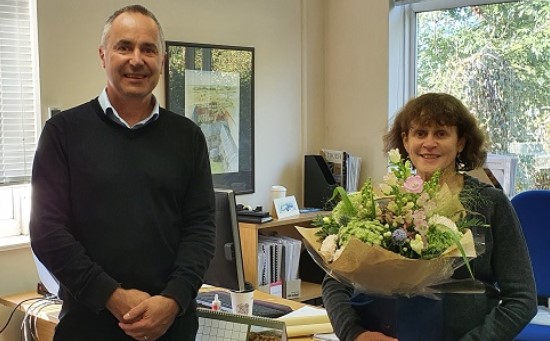 Following the retirement of Dr Gill Hey, Ken Welsh has been appointed as the new CEO of Oxford Archaeology  A long-standing employee of Oxford Archaeology, most recently in his role as the Regional Manager for OA South, Ken takes up the reins at OA on the 1st October.  ( BAJR Note:  although this happened back in October – felt it was important enough to flag up)

Dr Gill Hey worked at OA for more than 30 years – eight years as CEO – she will be greatly missed and we wish her well in all her future endeavours.

The Liberty of Southwark Community – Meet the Producers 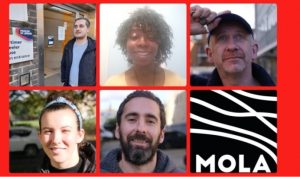 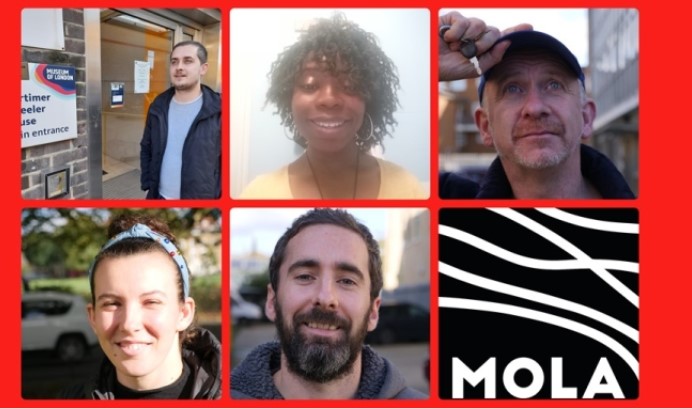 From September to December 2021, MOLA are collaborating with a group of Southwark residents on a community-led heritage interpretation programme. These have been developed and led by MOLA in partnership with Southwark Works, Thames Reach and Transport for London.

The Community Producers are interpreting this information and learning new skills to create digital content that responds directly to the live archaeological site. In the process, they are uncovering stories and making artwork about the diverse range of people who lived and worked in this area of London over the past 2000 years.
READ MORE: Introducing…The Liberty of Southwark Community producers | MOLA

Sustainability Strategy in the Historic Environment

In light of the recent damaging cuts in higher education and the challenges facing our sector, Wessex Archaeology think that sustainability offers a unique opportunity to demonstrate the value of the work we do to developers, the government and stakeholders, and society. Taking the profession forward on this, and driving widespread use of Sustainable Development language and frameworks to articulate the wide range of social, environmental and economic benefits that the Historic Environment sector can bring.
READ MORE: Sustainability | Wessex Archaeology 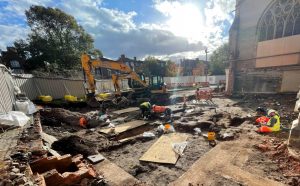 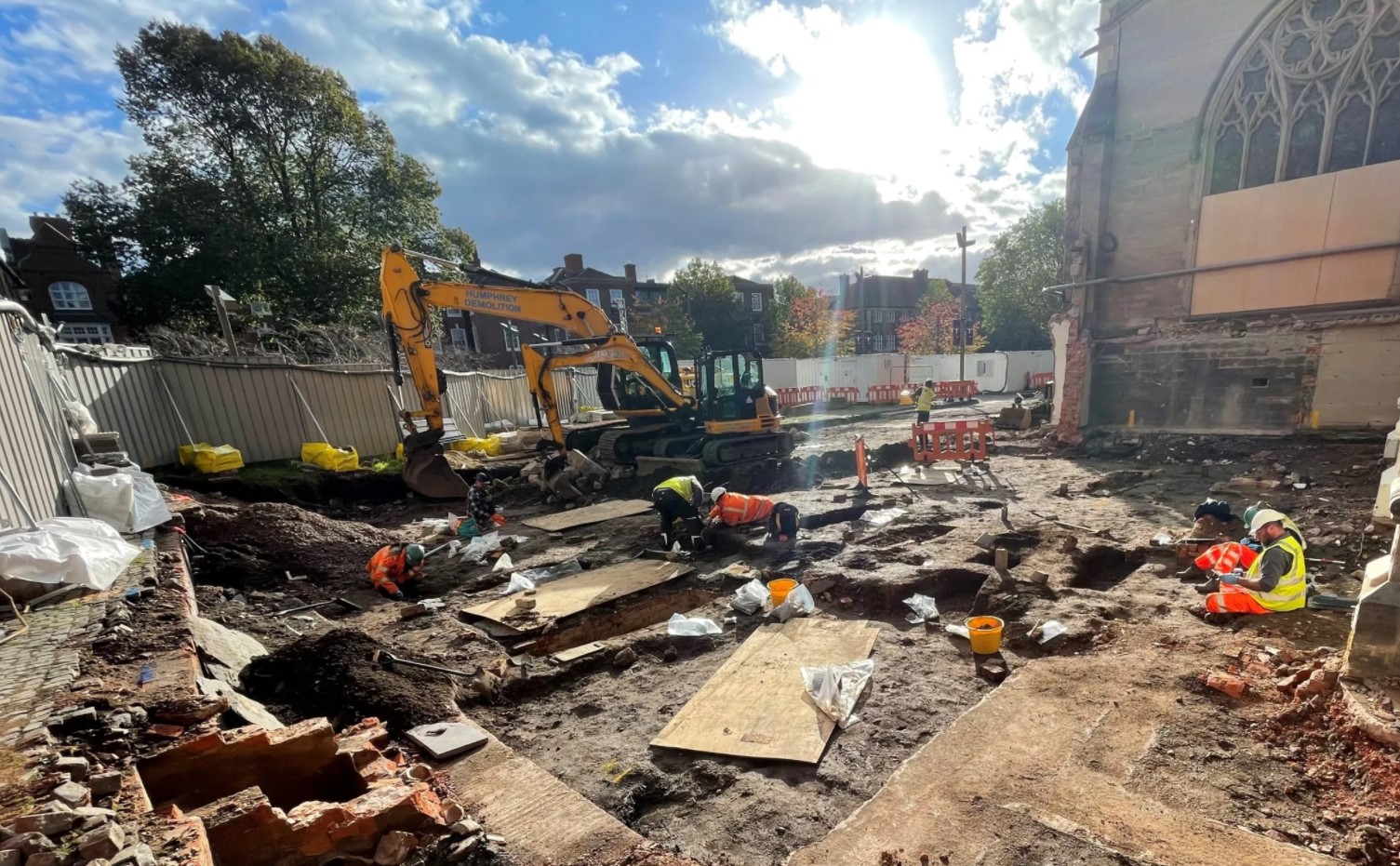 Already a number of 19th century burials have been uncovered, recorded and carefully excavated. Over the next few weeks, the team will continue excavating the upper burial soil to ensure that no burials are accidentally damaged by the initial construction work of the new building.
Read more on the website!
READ MORE:  Project Director Updates – Leicester Cathedral 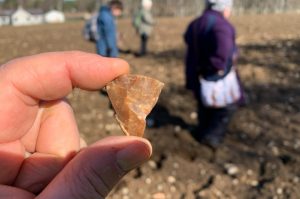 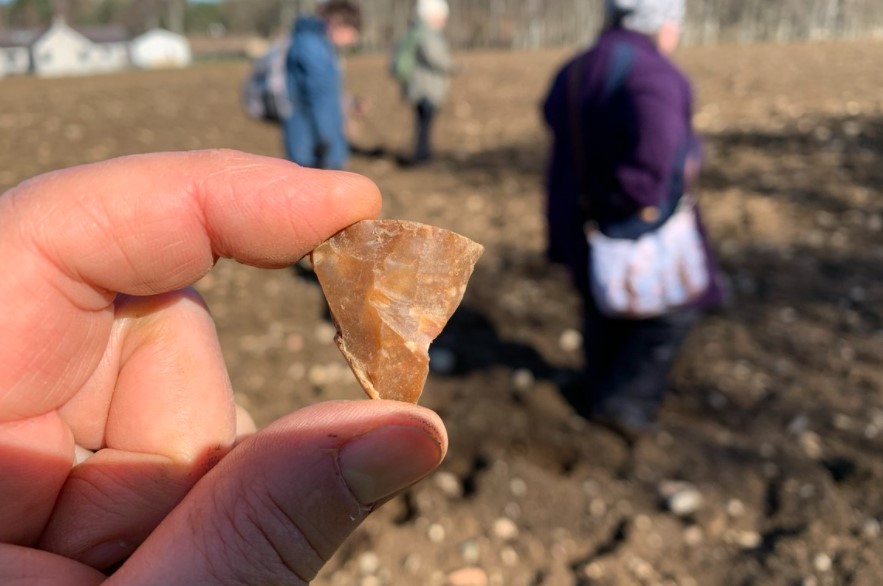 More than 1,200 Mesolithic worked stone tools dating back to around 6,000–10,000 years ago have been found alongside the River Dee in Aberdeenshire, Scotland.

The flints — which include blades, scrapers and waste material — were collected by volunteers with archaeology group Mesolithic Deeside from 13–17 March this year.
Coinciding with the dig this week, Mesolithic expert Caroline Wickham-Jones and her fellow group members have compiled a dossier on their discoveries to date, which will be published in Scottish Archaeological Internet Reports.
READ MORE: New Publication: Prehistoric Communities of the River Dee. – Caroline Wickham-Jones (mesolithic.co.uk) 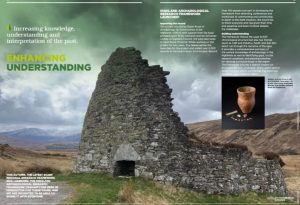 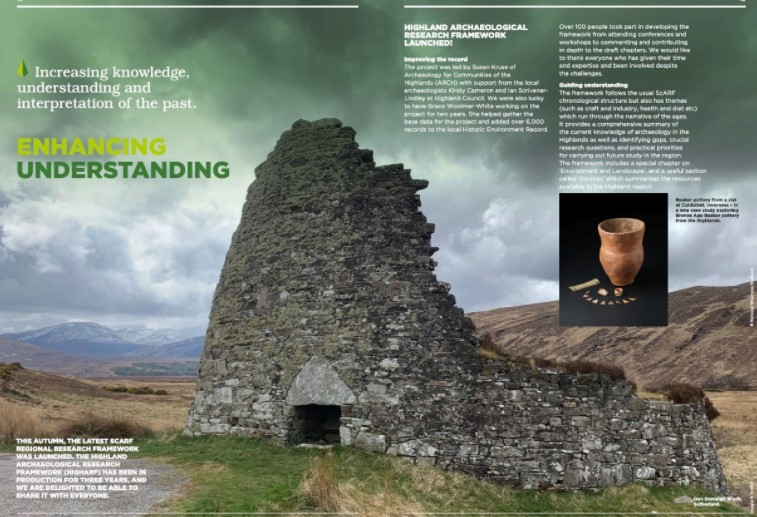 The latest issue of ‘Celebrating Archaeology in Scotland’ from the Scottish Strategic Archaeology Committee is out now! Where you can see all the highlights of the exciting archaeological work being carried out across Scotland, by people from all corners of the heritage sector.
This year’s issue is as topical as ever, highlighting the work archaeologists are doing to understand and mitigate against climate change, as well as using our heritage to improve wellbeing and bringing hidden and obscured histories to light.
Download your free copy: bit.ly/StratMag4

The excavations by Archaeology South-East on St Anne’s Hill are also well known for the discovery of an Anglo-Saxon cemetery of 193 graves and 11 urned cremations. The analysis of grave goods suggested a community mixed in character – whilst there were some richly furnished burials, generally these were people without extremes of wealth. 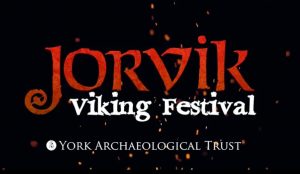 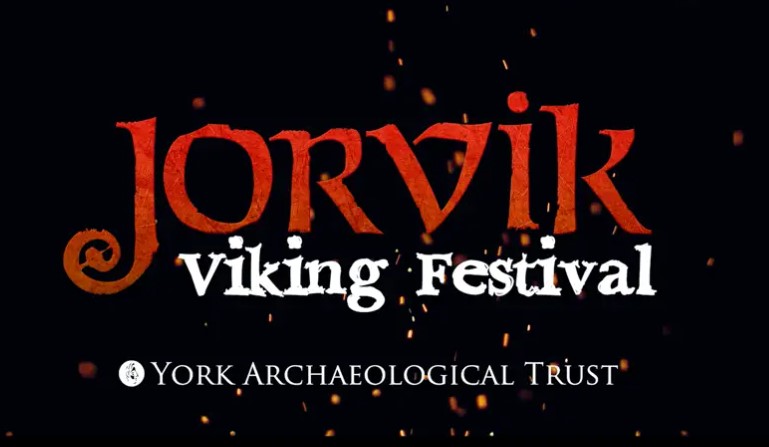 Gather in York in February 2022 for JORVIK Viking Festival! The nine-day Festival will include living history, hands-on fun and craft workshops.
Watch the trailer to see what you can expect when the Vikings return to York: