Click the links to read the full story. and hope you had a great Christmas.
Join the conversation on BAJR Facebook

Bronze Age migration to what is now Britain – DNA Analysis

The largest analysis of ancient DNA to date has revealed a mass migration of people from what is now France into England and Wales during the late Bronze Age, which may have spread Celtic languages to Britain.

Two large migrations of people into Britain were previously known, the first taking place around 6000 years ago. The ancestry of these people came mostly from a group known to archaeogeneticists as Early European Farmers, with around 20 per cent from another group called Western European Hunter-Gatherers. This migration led to the replacement of most of the existing local hunter-gatherer ancestry.

Analysis of ancient DNA from one of the best-preserved Neolithic tombs in Britain has revealed that most of the people buried there were from five continuous generations of a single extended family.

By analysing DNA extracted from the bones and teeth of 35 individuals entombed at Hazleton North long cairn in the Cotswolds-Severn region, the research team was able to detect that 27 of them were close biological relatives. The group lived approximately 5700 years ago – around 3700-3600 BC – around 100 years after farming had been introduced to Britain.

ASWYAS are having an open day in the new year at our project in Wetherby.

Get in touch if you would like to visit.  email kevin.moon@wyas.com 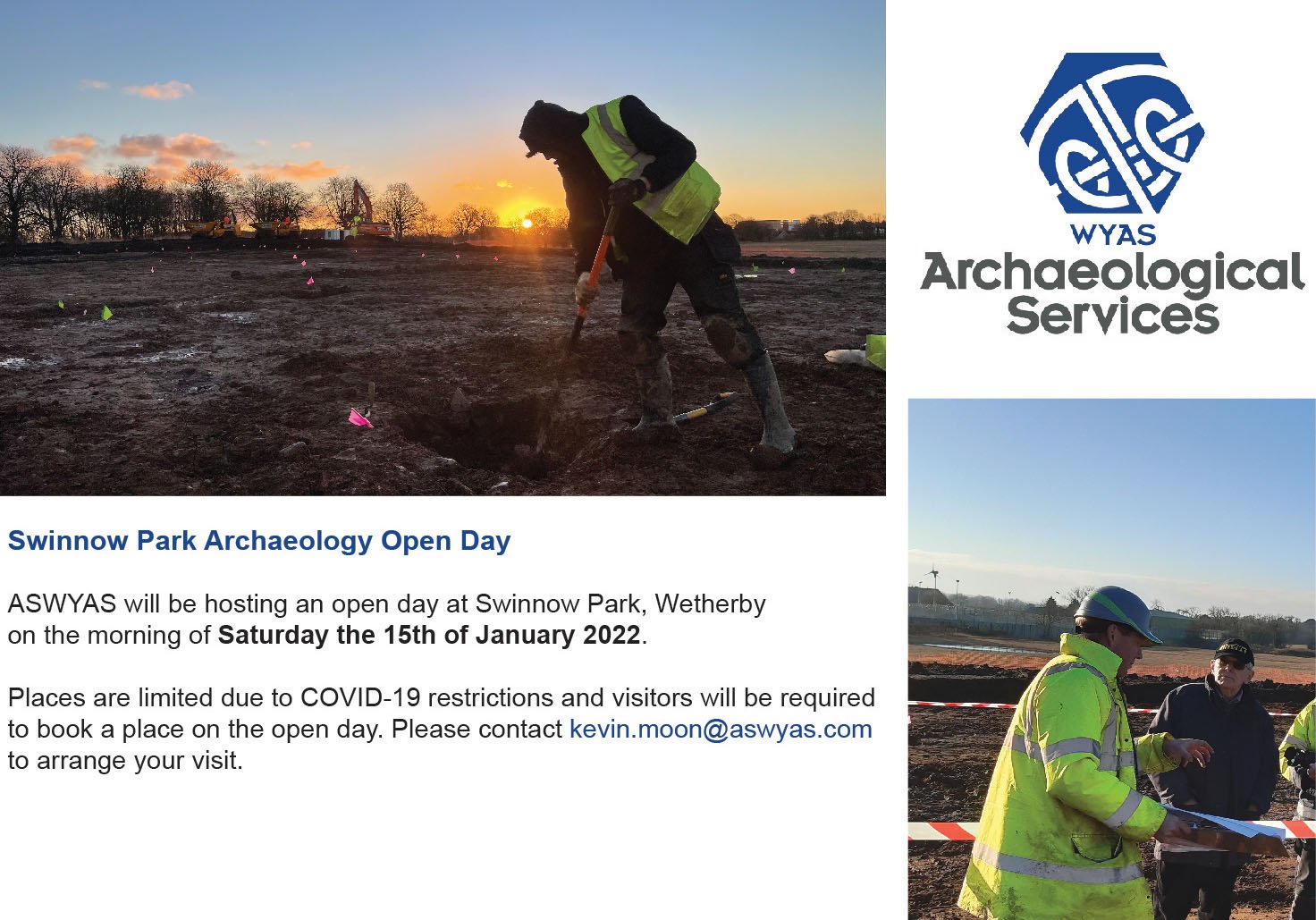 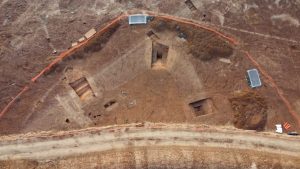 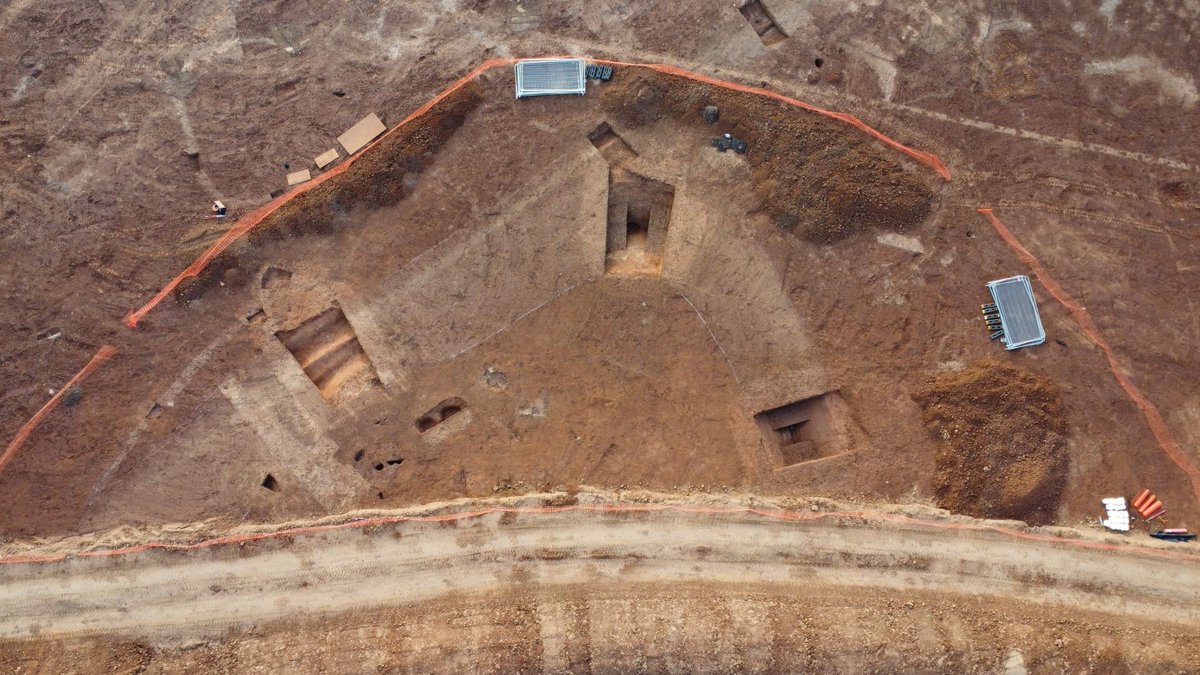 The Iron Age settlement uncovered by a team from Worcestershire Archaeology near Upton upon Severn has caught peoples attention. Robin went on the BBC to explain why it is special. Listen at https://bbc.in/3Elw0pi 3 hr 26 min in.

An Iron Age enclosure dating from about 2,250 years ago has recently been excavated by their archaeologists. They have excavated many Iron Age settlements over the years, but this one differs from other sites.

The location is on the site of a new roundabout being constructed by Worcestershire County Council at the A38 junction for Upton.

Want to find out more:  https://www.explorethepast.co.uk/2021/12/iron-age-discoveries-on-the-upton-a38-roundabout-scheme/

The ‘omphalos of Britain’: iconic sites and landscapes, methodological nationalism and conceptual conservatism in the writing of ‘British’ prehistory. A reply to Madgwick and collaborators 2021Gordon J. Barclay and Kenneth Brophy

This paper in part responds to an article (Madgwick et al 2021) which in turn presented itself as a response to an earlier paper of ours (Barclay and Brophy 2020). But, like our earlier paper, this one has a wider remit. We had explored the presentation of the supposedly ‘national’ ‘unifying’ role of monuments in a geographically restricted sector of south–western England – what we called the ‘“British” late Neolithic mythos’. Madgwick and his collaborators’ response fails to address the key points raised in our paper and, in doing so, in our view, provides further evidence of both methodological nationalism and conceptual conservatism in continuing to present a prehistory written around and prioritising evidence gathered in this restricted area. It does this apparently without any recognition that that research is being carried on within a problematic theoretical framework.

The Museum of the Lost and Found

Earlier this year, Wessex Archaeology created a toolkit to help you prepare and deliver your own heritage wellbeing project, based on what they learned and experienced during the successful project, “The Museum of the Lost and Found”.

This video is a guide to running engaging and impactful wellness projects, using the expertise of our wellness team and the lessons learned from running the Museum of the Lost and Found. The Museum of the Lost and Found was a Digital Engagement Wellness Project run by Wessex Archaeology and funded by Historic England, and involved the curation of a group of objects from the Wessex archives to create a digital museum of handpicked 3D scans of the objects chosen. 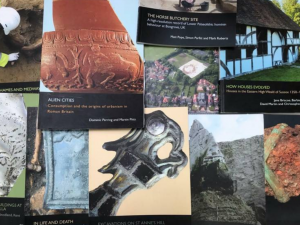 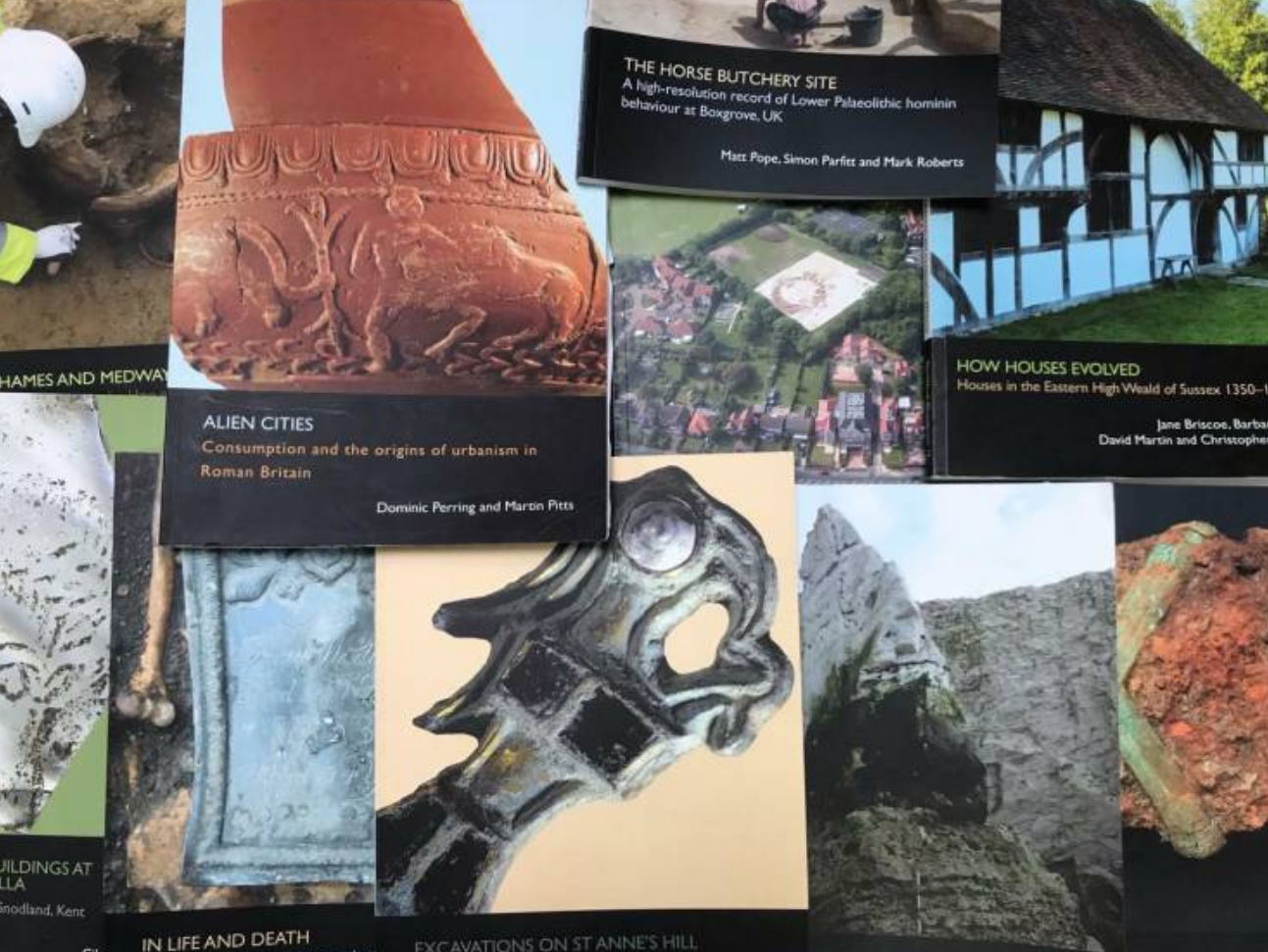 If you need some archaeology to entertain you over the break, check out Archaeology SouthEast’s Open Access Spoilheap monographs!  They currently have eight publications available to read Open Access, and more will soon follow!

Dawkes, G; (2017) Between Thames and Medway: Archaeological excavations on the Hoo Peninsula and its environs. 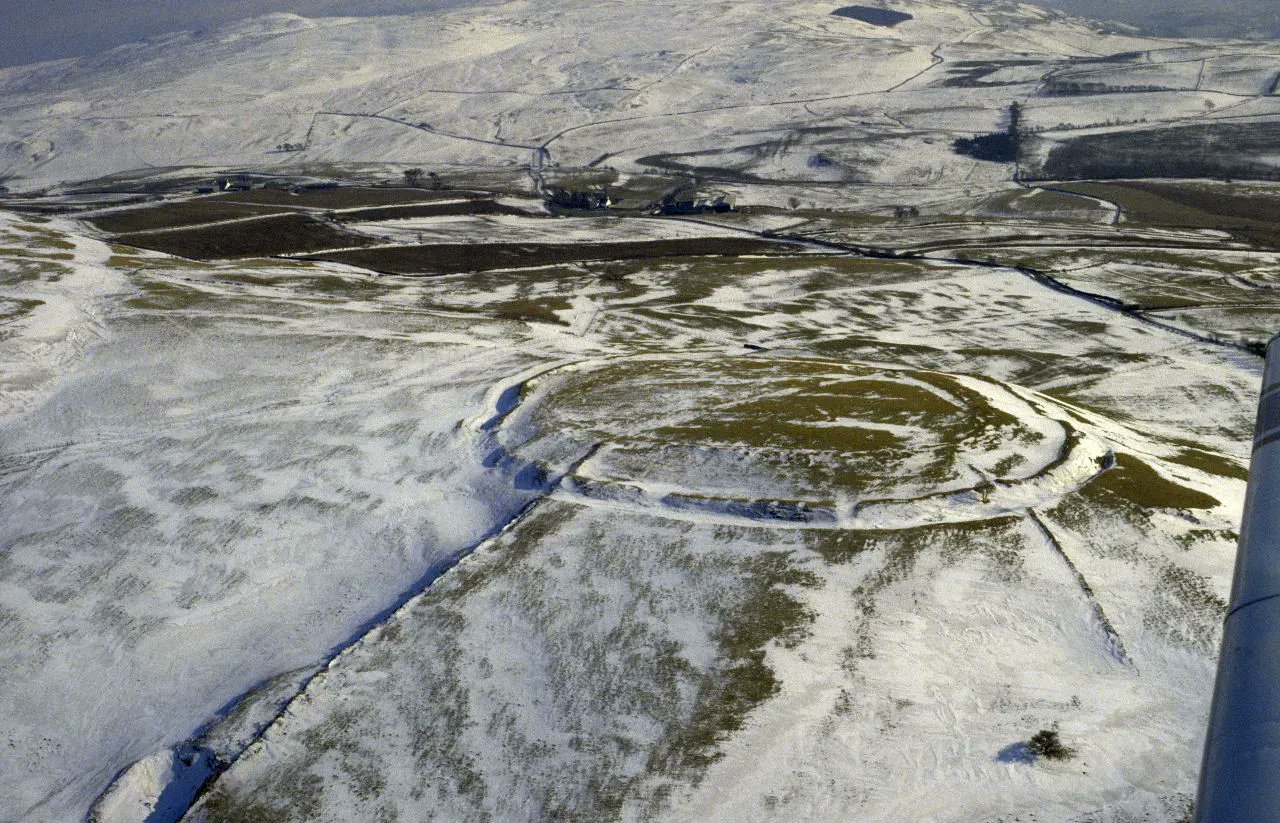 A wintry scene of Caer Caradog, Conwy, for Hillforts Wednesday from CPAT on Twitter.
Despite blanketing the land, snow can be remarkably revealing of barely-visible earthworks by the way snow drifts.
Have a look on http://archwilio.org.uk to see what other snowy Welsh images of the sites and monuments of the country you can find! 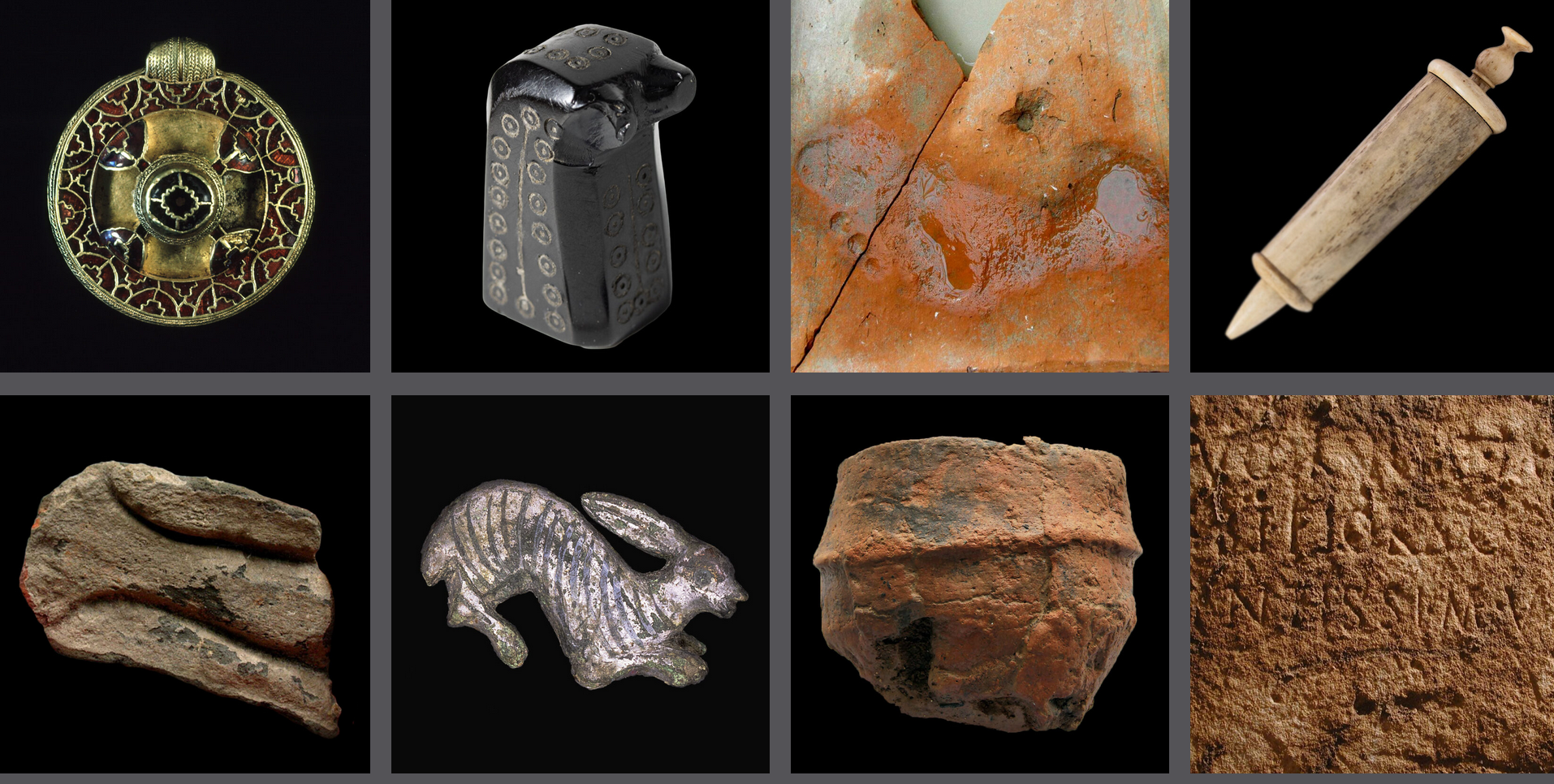 Unlocking Our Past showcases Kent’s diverse heritage in two principal ways: by presenting a collection of outstanding and revelatory finds recovered by Canterbury Archaeological Trust archaeologists over decades of investigation; and by exploring the way that Kent has connected Britain to the wider world over the course of millennia.

The work has been possible thanks to a grant received by Canterbury Archaeological Trust from Historic England thorough its Covid-19 Emergency Response Fund, a fund set up to support heritage organisations manage the impact of coronavirus.

One in 1500: In search of Anthony Donlevy 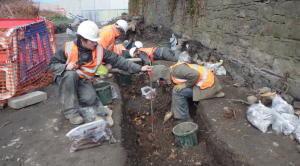 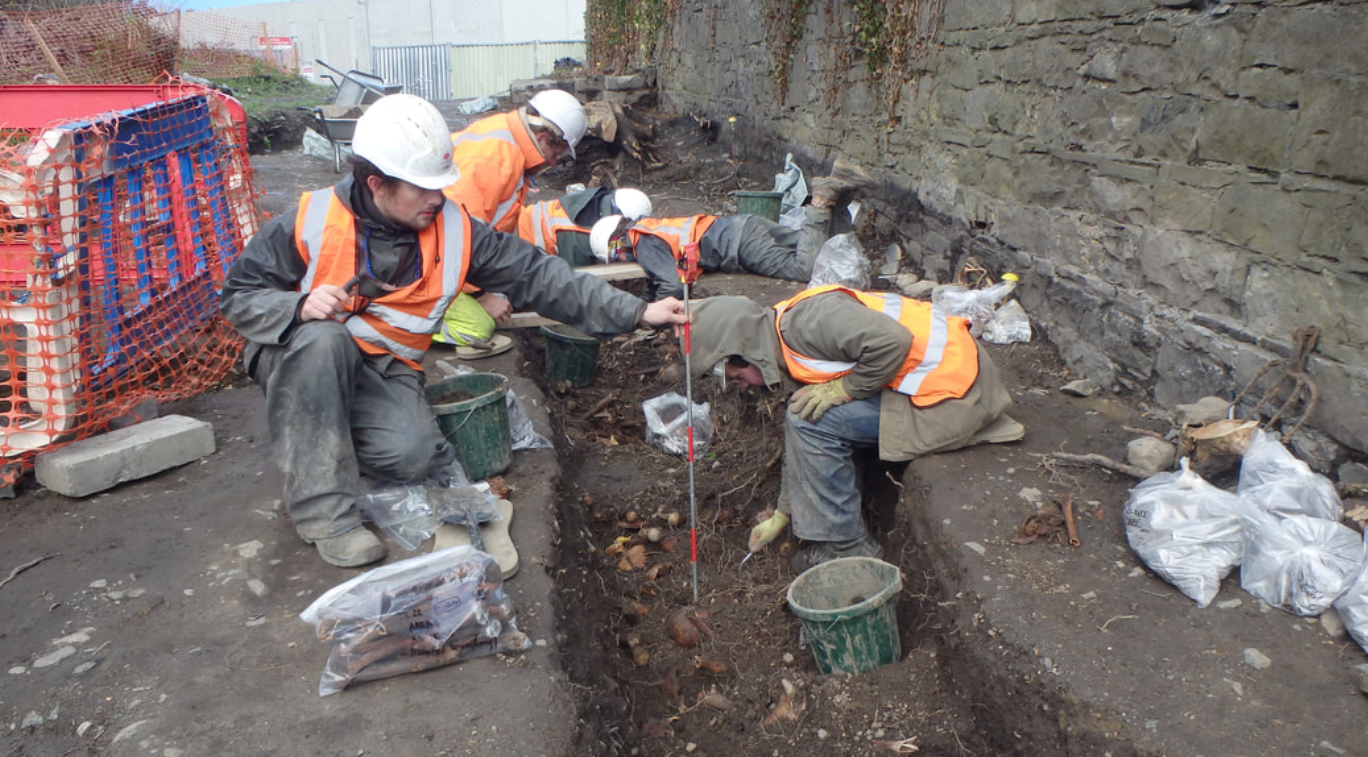 ​As part of the archaeological works associated with Luas Cross City (LCC), Rubicon Heritage Ltd. carried out an archaeological excavation at Grangegorman East.


Identifying individuals from historic mass graves is often impossible, read about the 1/1500 we found on the Luas Cross City project.
https://www.rubiconheritage.com/blog/one-in-1500-in-search-of-anthony-donlevy

The Land was Forever –  review

Headland Archaeology are proud to have the publication of the Aberdeen Western Periphery Route ‘The Land was Forever’ called a “model of best practice for developer-led excavation reports”! 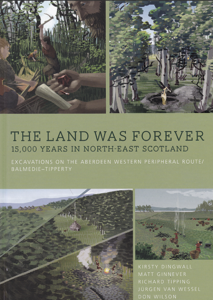 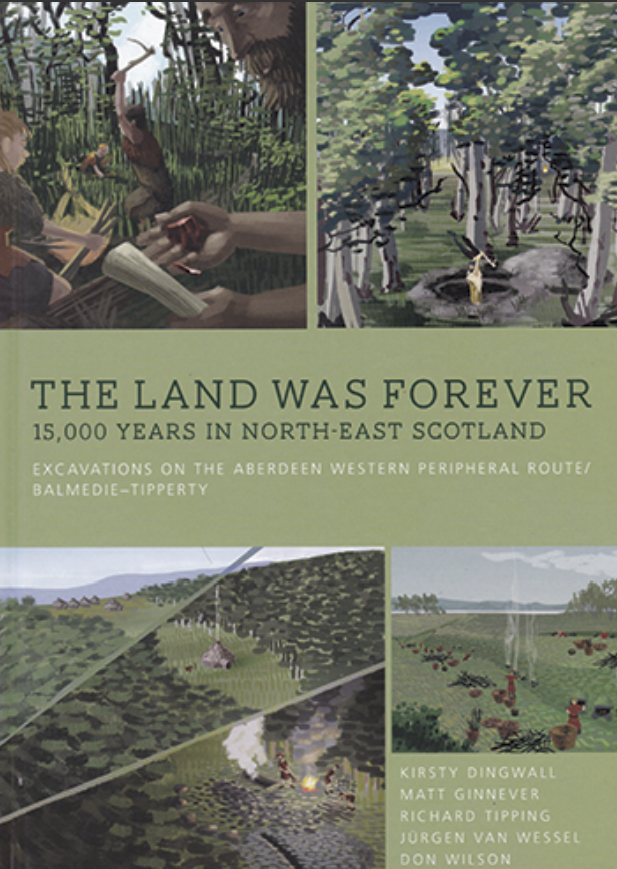 The disproportionate scholarly attention directed towards the prehistory of southern Britain—and Wessex in particular—is long-standing. The recent arrival on the Antiquity review shelves of several substantial excavation monographs and edited volumes, however, illustrates how this southern-centric gaze is shifting, with the publication of both vibrant and highly productive research- and developer-led excavations in northern England and Scotland.

The monographs represent multiple seasons of fieldwork and painstaking post-excavation work; they also represent—particularly in the case of the monographs reviewed here—models of best practice.
https://www.cambridge.org/core/journals/antiquity/article/new-book-chronicle/DBEE1247C64207487C1E1B24D3BAAE37 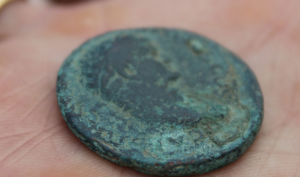 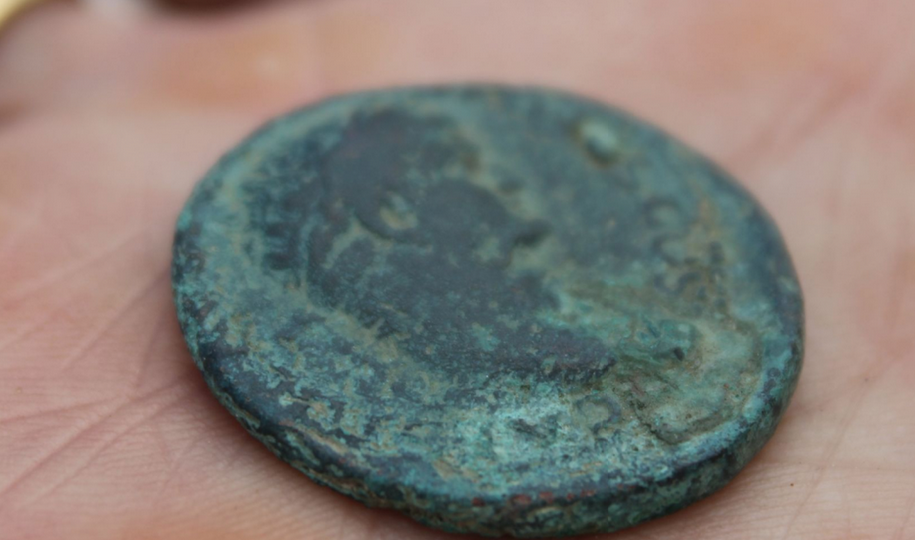 Artefacts, including a coin dating back to Roman times, have been found in Brentford, following a three-month archaeological project.

Archaeologists from the Museum of London Archaeology (MOLA), commissioned by LB Hounslow, carried out an excavation on the site of the Brentford Project, the housing development planned for Brentford High Street.

Among the finds were two 17th century cellars with fragments of ceramic vases and whole vessels, as well as hearths that are all believed to date back to the Roman era.

The coastal entry points of the Norse settlers, and also the land routes where they dragged their boats to shorten journey times and avoid unnecessary dangers, will be examined on a scale never seen before.

Viking experts from University of Highlands and Islands and their academic counterparts in Germany will use a mixture of Viking place names, geophysical surveys and archaeological excavations to map the travel and communication routes used by Scandinavians in Scotland between 790 and 1350 AD.