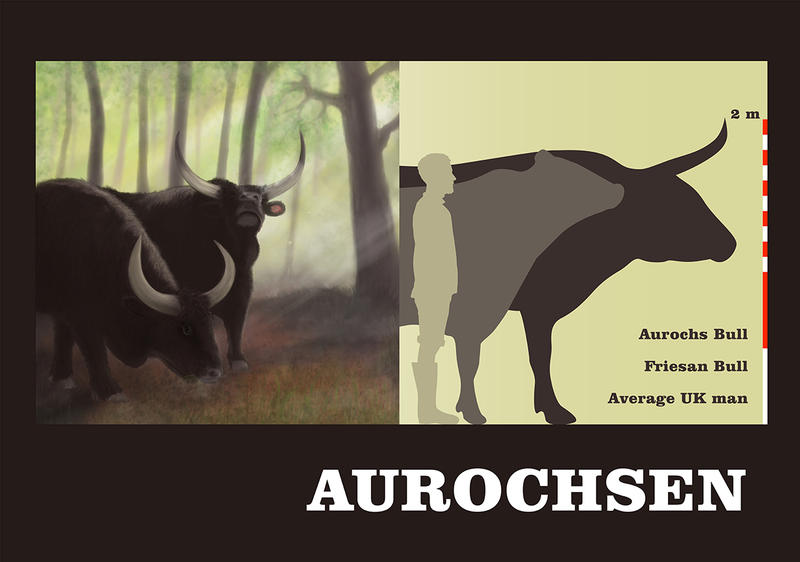 An aurochs is a type of wild cattle that lived throughout Europe, North Africa and Asia and became extinct in Britain by the Late Bronze Age. They roamed and grazed in small herds across plains and in open woodland (T O’Connor and N Sykes 2010 Extinctions and Invasions; A social history of British fauna, Oxford).

Aurochs were much larger than modern domesticated cattle, and one of the largest herbivores in Europe post-Ice Age. They had huge curved horns, each horn almost 1 m long, and when standing, bulls could reach 1.8 m shoulder height; taller than many people. The appearance of aurochs has been determined through the study of their bones found on archaeological sites, historical descriptions, and even images of aurochs seen in cave paintings.

Wessex Archaeology has recovered a number of aurochs bones, including their enormous horns, from several archaeological sites across Britain, in particular on Salisbury Plain, as well as in other locations further afield such as Horton (Berkshire). The bones are found on prehistoric sites, frequently in Neolithic contexts such as pits. These pits are often filled with many finds such as flint tools and arrowheads, pottery and animal bone. Some objects within these pits are domestic refuse, whilst other more unusual items appear to have been carefully placed.