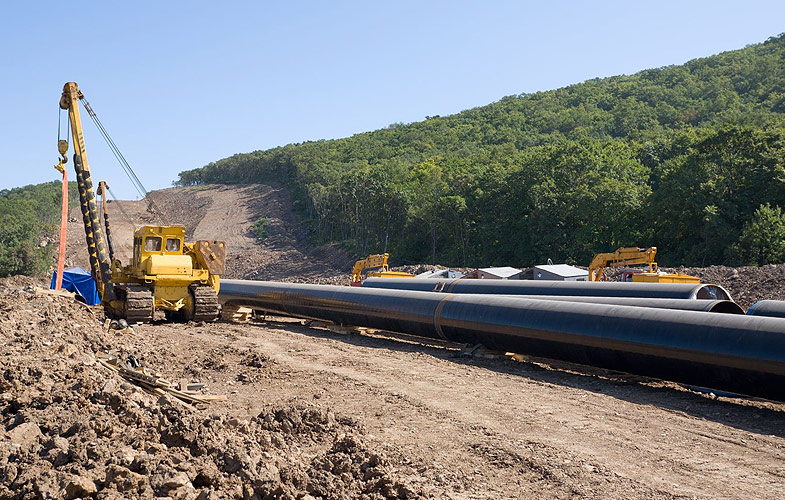 Linear schemes which can include road and rail, waterways, pipelines and cabling, present a number of problems which other types of development do not encounter and have the potential to disturb a large number of sub-surface heritage assets

Transport, infrastructure and utility companies are therefore at particular risk.

In other words, the longer the scheme and the wider the corridor, the greater the risk from heritage assets. The length and location of a scheme will dictate the potential for heritage assets being present within the corridor or within its immediate vicinity.

The longer the scheme the greater the risk for the presence of:

Most worryingly for scheme contractors, on long linear schemes is the increased risk for the presence of unknown below ground archaeological remains – some of which could be judged of considerable importance or even of national significance.

There are of course ways of predicting and managing such risks to linear schemes and archaeological evaluation at an early stage is vital in assessing the likelihood of heritage assets being present and the degree to which they may have a major impact on the scheme in terms of both time and money.

Once the level of potential risk has been established, it can be minimised through re-assessing a selected route and offering the opportunity to look at other less sensitive route options. This in turn can help with estimating time and cost implications, allowing longer-term budgets to be put in place to deal with archaeological remains.

Archaeological evaluation of buried remains is rather like the art of divination except that, rather than using a crystal ball, archaeologists use a number of more accurate techniques which can include one or a combination of:

Whilst these evaluation techniques are applied to developments in general, their application on linear schemes of any length can generate a particular set of problems in the field, which contained developments do not.

Even at the heritage impact assessment stage, linear schemes – dependent upon their length – can impose a unique set of requirements:

Again the longer the scheme the greater the level of information required to reliably assess the potential risks from heritage assets of all kinds and to provide reliable route alternatives if necessary.

Linear schemes tend to require a much higher level of project management and co-ordination than other types of development if they are to be successful.

Although utility companies have certain permitted development rights which do not obligate them to deal with archaeological remains, they also observe best practice in their approach. They are therefore, along with companies involved in road and rail construction, at risk when long linear schemes are involved.

As a result for all companies involved in the construction of linear schemes, early intervention and assessment of risks allows time for flexibility in selecting route options and allowing time to plan for and budget for archaeological investigation.

Ultimately, this can save both time and money for the main contractor as well as help preserve or record the archaeology which has to be the desired outcome for everyone.