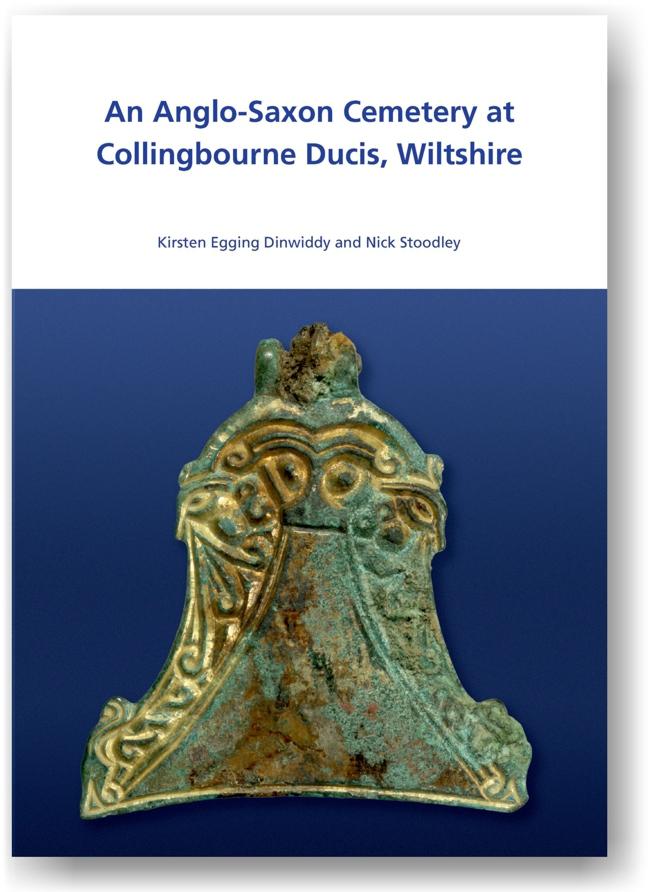 Excavations at Collingbourne Ducis, Wiltshire revealed almost the full extent of an Anglo-Saxon cemetery first recorded in 1974, providing one of the largest samples of burial remains from Anglo-Saxon Wiltshire. The cemetery lies 200 m to the north-east of a broadly contemporaneous settlement on lower lying ground next to the River Bourne. The results have just been published in the latest Wessex Archaeology Monograph.

The excavations, carried out in 2007, revealed 82 inhumation graves and four cremation graves, in addition to the 33 inhumation graves discovered in 1974. The cemetery was in use between the late 5th and 7th centuries, delineated to the east by a coombe for much of its duration. There was an apparent shift to the south and east in the 7th century, when the area east of the coombe was used.
Notable features included a four-post structure and a rare example of a ‘bed’ burial. The human bone assemblage provides a glimpse into the lives of those living on the western frontier of the Anglo-Saxon world, in the late 5th–7th century. The cemetery was probably used for several generations of the local community, although there are some indications that some individuals or groups originated outside the local area. General health was notably poorer than that of some contemporaneous rural populations, and there is some evidence for infections such as tuberculosis and leprosy.

Several burials were accompanied by weapons and a diversity of jewellery assemblages, though none exhibit a particularly impressive range of wealth. As virtually the entire cemetery appears to have been explored, reliable observations can be made about its establishment, layout and development. This is particularly significant for the 7th century, when the focus of burial shifted, and changes in mortuary strategy may have reflected changes to the structure of society and the emergence of large Anglo-Saxon kingdoms.
By Pippa Bradley, Quality & Publications Manager
Source: Wessex Archaeology