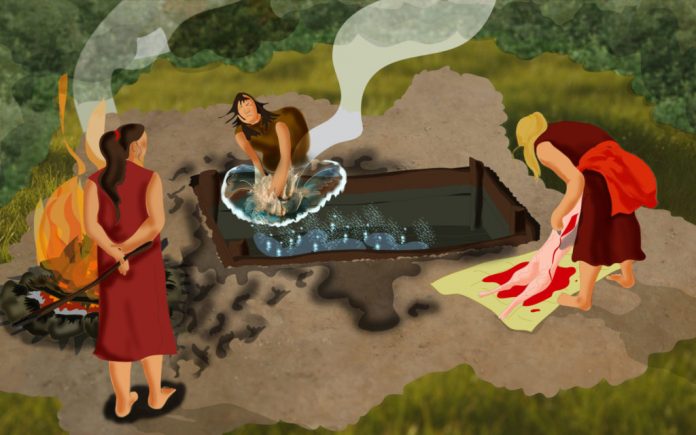 In 2017 and 2018 Rubicon Heritage undertook pre-construction archaeological works along the proposed N22 Baile Bhuirne to Macroom Road Scheme on behalf of Cork County Council. The project was divided into three lots, with Rubicon working on Lots 1 & 3. The route had been subject to archaeological assessment and geophysical survey prior to the commencement of Rubicon’s involvement.

The initial stage of work involved test trenching along the length of the proposed road. Through this process Rubicon archaeologists identified 29 sites that needed to have further stages of archaeological excavation. These sites included part of an early medieval enclosure, a prehistoric cremation, five areas of prehistoric and medieval pits, four areas of medieval charcoal production pits and two lime kilns. In addition, 17 sites with 25 prehistoric burnt mounds were identified making these the most common site type along the route.

Excavation work finished in 2018 and Rubicon are currently close to completing the post-excavation analysis of the results. This will culminate in the production of an illustrated archaeological final report for each site. A monograph book publication is also planned for this scheme which will pull together the results of all three lots.

On of the most interesting aspects of this project is that it has continued a tradition of scientific fulacht fiadh excavation which was pioneered in that locality by Professor MJ O’Kelly of UCC in the 1950’s, when he excavated Ballyvourney I & II (O’Kelly, 1954, 105-117). From his excavations he concluded that the two Ballyvourney sites had been occupied over two periods, possibly not on a continuous basis. His contemporary experiments, backed up with literary evidence, suggested that burnt mound sites could have been used for the cooking of food, an idea that still is still generally believed today. In more recent times other uses for the hot water have also been put forward, such as bathing, hide processing and even beer production.

Burnt mounds have since become the most commonly excavated site type in the country, and their dominance on the Macroom to Ballyvourney scheme is in keeping with this. A recent publication, analyzing over 1000 excavated burnt mounds, confirmed that over 70% dated to the Chalcolithic and Bronze Age (2500BC-800BC), with the majority dating to the Early to Middle Bronze Age (Hawkes 2018, 120). Forty-nine radiocarbon dates returned from the Lot 1 corroborates this, confirming that burnt mounds in this region are also predominantly Bronze Age in date.

There were between 25 and 30 potential troughs identified at the burnt mound sites on this scheme, and these varied in size and shape and comprised a mix of unlined and timber and/or stone-lined examples. It is notable that a number of the troughs had specific characteristics in common, despite being located kilometres apart. The timber and stone lined troughs at Slievereagh 2 and Ballymakeery 2 (Mound C) displayed very similar characteristics, despite a distance of 3km between them. The Ballymakeery 2 (Mound F) stone lined trough was also very similar to the one identified at Toonlane 5 1km to the southeast, which suggests a sharing of knowledge between communities. The unusual stone hearth and associated trough at Ballyverane 1 is very similar to one excavated at Scartbarry on the M8 near Rathcormac, some 45km to the northeast! Unfortunately to date, despite a variety of analyses, there are few indicators as to the exact function of these troughs beyond the heating of water using hot stones. This is fairly typical for burnt mound excavations. Also typical is that very few artefacts were found to assist in our interpretations.

A variety of features have been recorded in association with the burnt mounds in addition to earth-cut troughs. These include water channels, possible sluice features, pits, wells, a stone path, stone kneelers, stone-lined hearths, a possible wattle fence, stakehole groups suggesting light structures and stone stockpiles.

The sites themselves have been found in a variety of locations, with some in low-lying wet areas and some up-slope on the side of hills, but nearly all have been close to an existing stream and in marginal wet ground. This is to be expected as a water supply was integral to the operation of these sites.

Also in keeping with what we know from previous study the burnt mound sites on this scheme were found in clusters, including several sites that contained more than one mound. At Ballymakeery 2 six separate mounds were uncovered in close proximity to one another, each with a different type of underlying trough feature. The mounds varied in size, from small burnt spreads to the large multi-phase mound at Bealick 1, which measured almost 30m in diameter and 1m deep.

Hopefully, once all the post-excavation analysis of the sites in all three lots is complete, the excavations along the N22 road scheme will add greatly to our knowledge in this area of west county Cork, and the excavation of so many burnt mounds will enable us to build on the tradition started by O’Kelly in the mid-20th century.