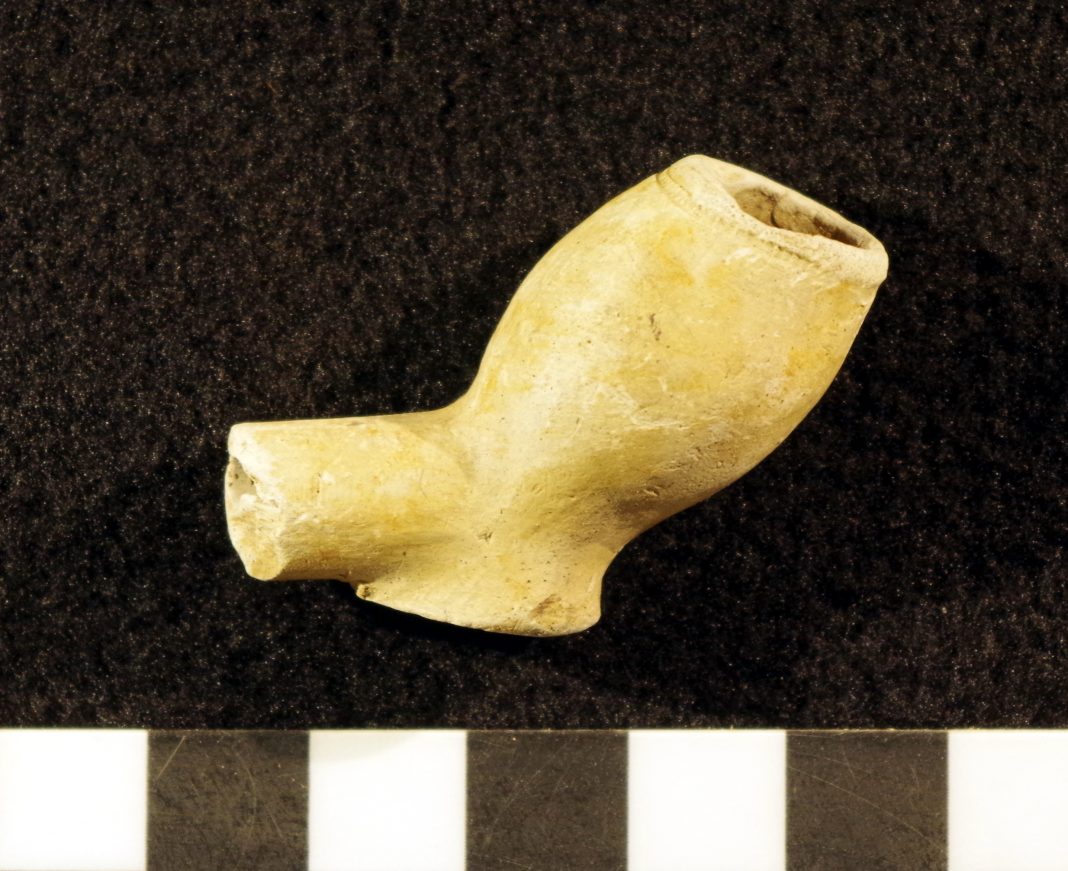 Some of the most common types of artefacts from the last 400 years of history that archaeologists often find are fragments of clay pipes.

Pipe production began soon after tobacco was introduced to Britain in the mid-16th century. The clay pipe in the photo was found during archaeological works in the Fenham area of Newcastle upon Tyne. We can date it to around 1645 – 1660, because of its distinctive shape and size of the bowl. The small size reflects the high cost of tobacco in the 17th century.

This particular pipe may have been manufactured in Newcastle or Gateshead, as there is evidence that this industry became established in the area around 1640.