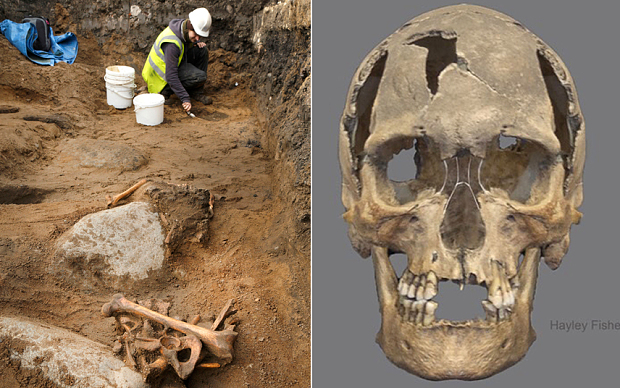 The skeleton of a man discovered by archaeologists in a school playground could be that of a criminal or even a pirate from the 16th century.

The remains were found at a Victoria Primary School, Edinburgh last year while survey work was being undertaken to build an extension, the remains were excavated by archaeologists from AOC Archaeology .

Victoria Primary School is situated close to the harbour in Newhaven, one of Scotland’s historic fishing villages. Workers expected to find remains of the original harbour and perhaps even traces of shipbuilding but instead uncovered human bones.

Archaeologists were at first led to believe the remains were Bronze Age because they were in such a poor condition and found alongside 4,000 year old sherds of pottery, however, carbon dating soon showed the individual was from the 16th-17th centuries AD. 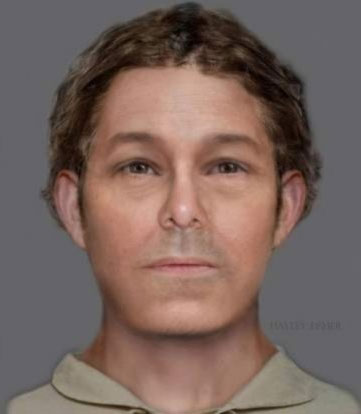 AOC Archaeology with forensic artist Hayley Fisher created a facial reconstruction of the skull. They believe the bones belonged to a man in his fifties.

Councillor Richard Lewis, Culture Convener for the City of Edinburgh Council, said: “Edinburgh has an undeniably intriguing past and some of our archaeological discoveries have been in the strangest of places.

“Thanks to carbon dating techniques, archaeologists now know that the skeleton was likely to have been a murder victim – and quite possibly a pirate. It’s fantastic that through the Council’s archaeology and museums service, we are able to investigate such discoveries and add to our understanding of Newhaven’s heritage.”

A gibbet – commonly used to display corpses of exectuted individuals after death– stood on the edge of Newhaven dockyards 600 years ago and it is believed the man could have been placed in such a device for after execution for criminal behaviour such as piracy and his decayed remains discarded in nearby wasteland.

Due to the condition of the bones and location of his burial close to the sea and the known location of a gibbet rather than any of three nearby graveyards, it is believed the man was likely hung on a gallows before being displayed in plain sight of ships entering the harbour to deter others from whatever crime he had committed.

An unceremonious burial in a shallow, unmarked grave suggests he had no relatives or friends in the area.

Kids think it is fantastic

Laura Thompson, Head Teacher at Victoria Primary School, added: “As the oldest working primary school in Edinburgh, we are proud of our history and heritage and the school even has a dedicated museum to the local area.

“The pupils think it’s fantastic that a skeleton was found deep underneath their playground. The archaeologists will hold a special lesson with some of the children about how they have used science to analyse the remains and it will be a good learning opportunity for them.”