The results of Brian Hope-Taylor’s excavation of the Mote of Urr, undertaken 65 years ago, have now been published in GUARD Archaeology’s publications journal www.archaeologyreportsonline.com. 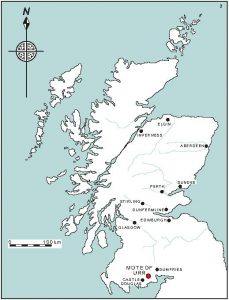 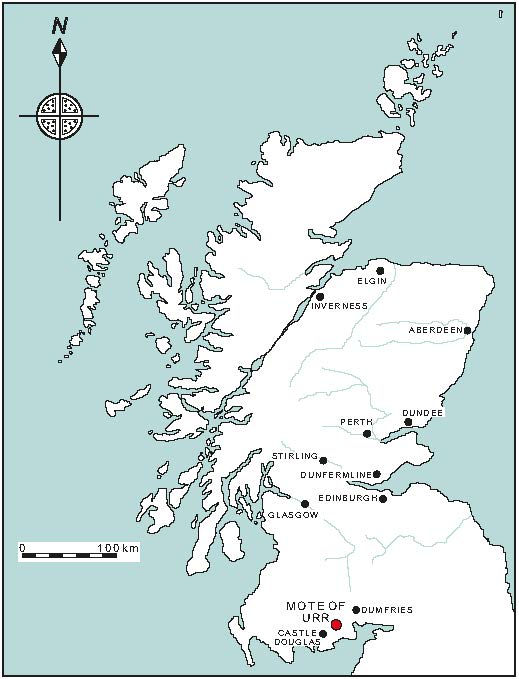 Excavations at Mote of Urr, near Dalbeattie in Dumfries and Galloway were undertaken in 1951 and 1953. The earliest phase of occupation comprised the construction of the motte-and-bailey castle and its apparent destruction by fire, after which a large central stone-lined pit for an oven, furnace, kiln or beacon was dug. The pit continued in use when the motte was heightened in a second phase of occupation and enclosed by a clay bank and palisade. In its final phase, when the motte was heightened yet again, evidence for a possible double palisade enclosing the summit of the motte was found. A trench across the moat around the motte revealed three phases of the ditch and evidence for a timber bridge across the moat.

Hope-Taylor dated the construction and earliest occupation at Mote of Urr to the late twelfth century, with continued occupation into the fourteenth century.

‘Although Mote of Urr seems to have been the centre for Walter de Berkeley’s lordship of Urr in the second half of the twelfth century, nothing as early as this was identified in the pottery and artefacts recovered from the excavations, said David Perry of Alder Archaeology, who brought together this report. ‘Only two radiocarbon dates from the earliest phase of occupation support the twelfth-century occupation at the motte, which probably terminated during the rebellion in Galloway in 1174. A radiocarbon date of AD 1215-1285 from a later pit suggests that the heightening and strengthening of the motte took place in the thirteenth century. Pottery evidence suggests occupation in the thirteenth century, continuing into the second half of the fourteenth century, if not into the fifteenth century.’

Exhaustive historical investigation by Professor Richard Oram of Stirling University, demonstrates how often the lands of Urr changed ownership between the establishment of the motte in the twelfth century and its decline in the later post-medieval period. The identities of the owners of the site in the thirteenth and fourteenth centuries are only partly known historically. Urr was probably partly destroyed during the Wars of Independence in the early fourteenth century and there is a large gap in the documentary record for the latter part of the fourteenth and first half of the fifteenth centuries, by which time the estate was being rented out to tenant farmers at a relatively low value. The fourteenth/fifteenth-century redware pottery on which the dating hangs cannot therefore be linked to particular known historical figures or events but does concur with the documentary evidence of continued use of the site during this period.

‘Brian Hope-Taylor was a charismatic and perspicacious scholar, though like some other archaeologists he did not find it easy to write up the results of his excavations for final publication,’ said Professor Barbara Crawford of the University of St Andrews and University of the Highlands and Islands. ‘It is therefore with appreciation of Brian Hope-Taylor’s skills as a teacher and more particularly as an excavator of important medieval sites in northern England and southern Scotland that I welcome this publication. It will advance our understanding of these impressive mounds in the landscape and perpetuate Hope-Taylor’s legacy in exploring such lordship sites.’ 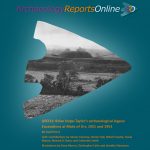 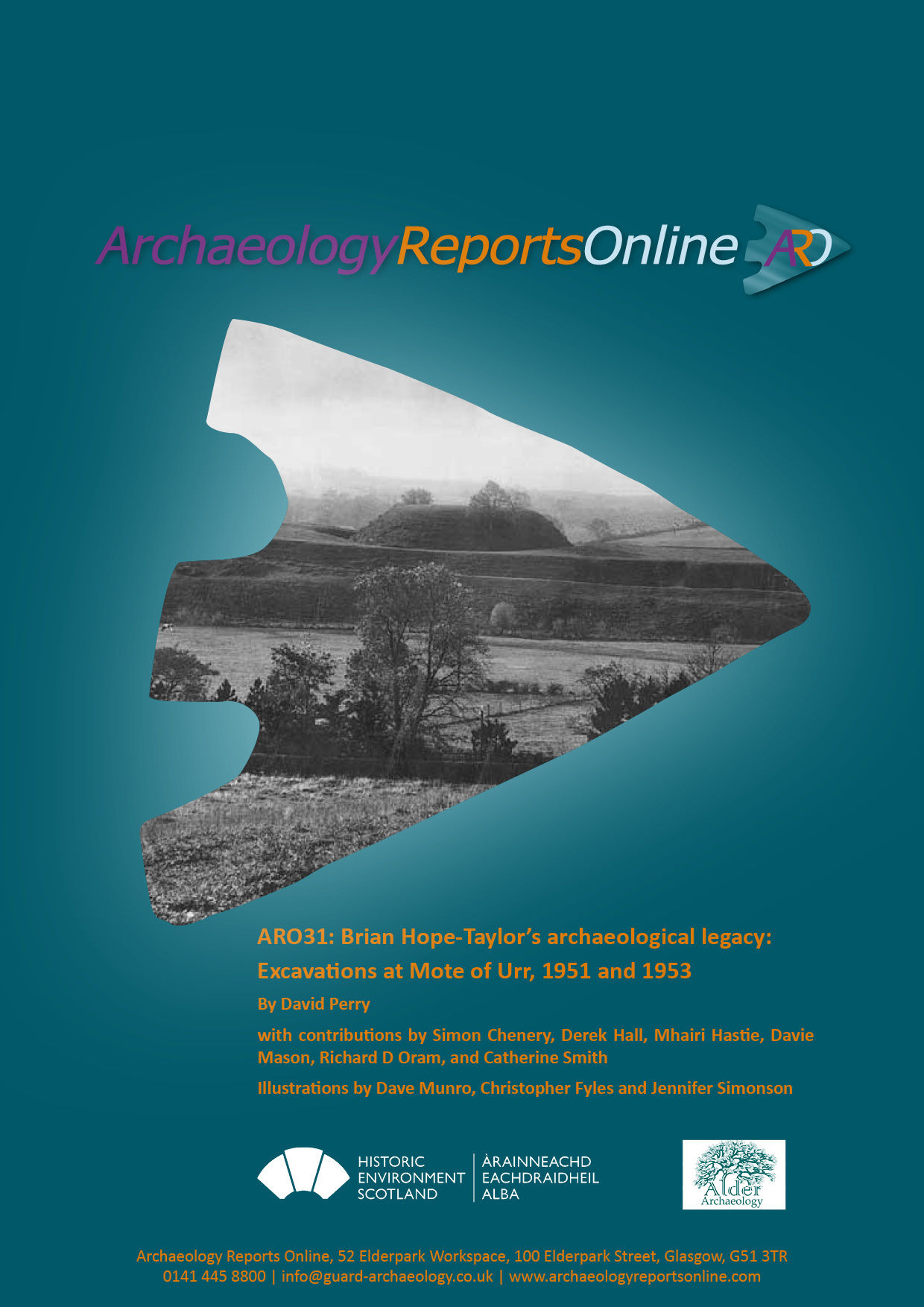 The full results of this research, which was funded by Historic Environment Scotland, ARO31: Brian Hope-Taylor’s archaeological legacy: Excavations at Mote of Urr, 1951 and 1953 by David Perry with contributions by Simon Chenery, Derek Hall, Mhairi Hastie, Davie Mason, Richard D Oram, and Catherine Smith is freely available to download from the ARO website –