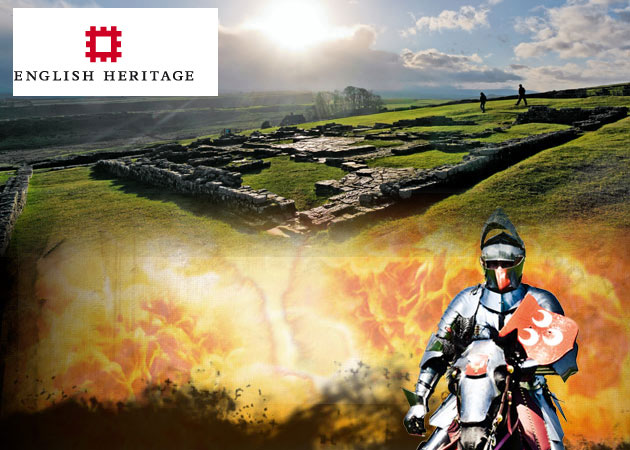 A new self-financing charity is to be set up by March 2015 to look after the National Heritage Collection, which includes properties such as Stonehenge, Kenwood, Audley End, Dover Castle and Charles Darwin’s home Down House in Kent. These properties will remain in public ownership but will be managed by the new organisation.

English Heritage is to be split into two separate organisations under plans announced yesterday by the government as part of the spending review.

The National Heritage Protection Service and the new English Heritage charity will both report to the Commission, which is appointed by the Department for Culture, Media and Sport and currently overseas English Heritage’s work.

The government is to make a one-off investment of £80m for English Heritage to spend on its National Heritage Collection.

“[The £80m means that] we will finally be able to catch up with the backlog in urgent repairs that have built up over decades of under-investment in our properties,” an English Heritage spokesman said.

English Heritage currently gets £101.4m from the government in grant-in-aid out of a total annual budget of about £160m. Its revenue settlement for 2015-16 will be announced tomorrow.

Some organisations have already expressed concern that the changes will lead to even less investment in heritage.

“The proposals emerging from the government will need careful scrutiny to ensure that the conservation of the National Heritage Collection is secured for the long-term, and that the heritage protection service is not weakened due to further budget cuts leaving our heritage even more vulnerable and at risk,” said Mike Heyworth, the director of the Council for British Archaeology.

A three-month consultation on the proposals will start in September.

RESCUE responded that it is concerned at the proposal which will see English Heritage split into two parts and in particular the proposal that will see historic properties handed over to a charitable trust which will, in time, be solely supported by voluntary donations and earned income.

RESCUE believes that the state has an important role to play in the preservation and enhancement of our national heritage and that the removal of state funding is further evidence of the Government’s hostility towards a sector that it should be supporting and which requires investment rather than a reduction in support. RESCUE is also concerned that the rump of English Heritage which will remain within the funding remit of the DCMS (and will encompass many of the organisation’s most important roles in the areas of research, investigation and the support of curatorial services) will lack long-term viability and will become a target for future cuts, further eroding the base of expertise and knowledge that is an essential part of any national heritage service.

Heritage Skills Apprenticeships due to increase this year

Digital Past 2017: Call for Contributions

Forestry and Archaeology guidelines in Ireland

Funding cuts (and a bonus) at English Heritage