This investigation was a successful use of a ‘preservation in situ’ approach. It was the culmination of several years of successful collaborative working between the developer (AWE Renewables Ltd), their design team and their archaeological advisors (Headland Archaeology (UK) Ltd.

The consultancy team liaised closely with the development team, attending design meetings and ensuring archaeological issues were fed into the mix of considerations, while the contracting arm ensured a smooth fieldwork programme, working closely with the development teams on site. Archaeologically sensitive areas were, wherever possible, removed from intrusive groundworks.

As a result, Strip, Map and Sample tested the highest impact / largest area of groundworks (Turbine Base and Access Track, which had been micro-sited as a result of early stage masterplanning by the client and their archaeological advisor/s).

This resulted in a suitably modest impact – itself evidence of how effectively the client had designed impacts out of their scheme. The remains shown in the image below are a series of late Iron Age enclosed settlements (farms) on the claylands immediately north of the Quarrendon Scheduled Monument. The investigation caused minimal impact to this landscape. 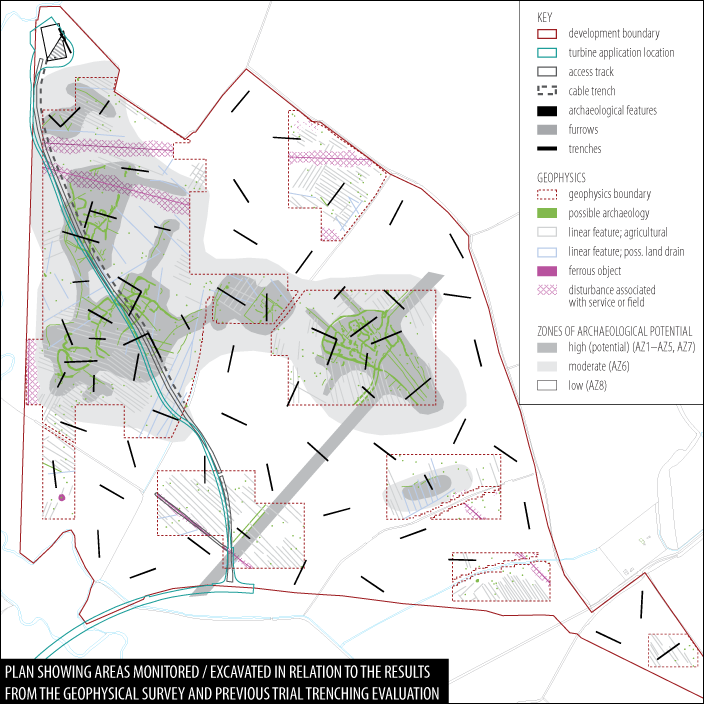 The islands that roofed the world : Belnahua’s Abandoned Slate Quarries