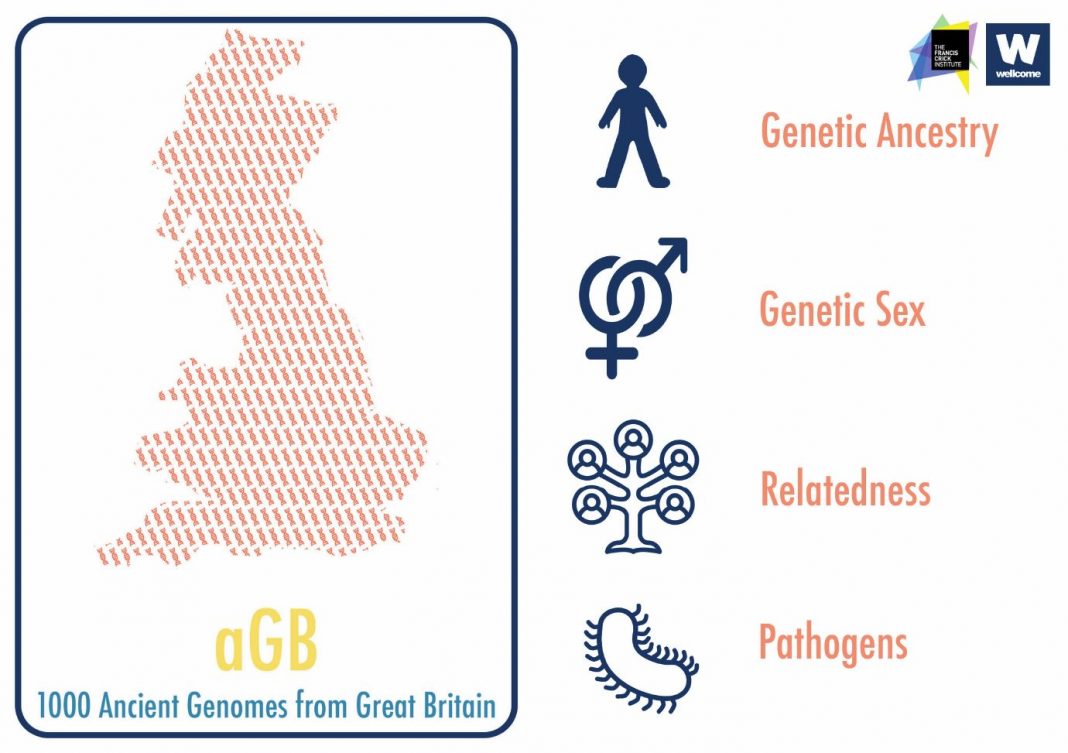 The revolution in human genome sequencing is producing unparalleled insights about human genome biology, the genetic architecture of human traits, and the future potential of personalized medicine. Many of the current advances in human genomics are being spearheaded through studies of British populations, particularly through the UK Biobank, which links human genomes and phenotypes in half a million people from the United Kingdom and represents by far the world’s largest such resource. This invaluable resource of phenotypic and medical information along with genomic data from over half a million people is supplemented by genetic studies of the British population in initiatives such as the UK10k, PoBI and the National Health Service’s 100,000 Genomes Project. This makes the United Kingdom the most promising region in the world for understanding fine-scale genome evolution in human populations.

In parallel, ancient genomics–enabled by our ability to sequence genomes from skeletal remains tens of thousands of years old–is revolutionizing our understanding of human history and evolution. However, in contrast to modern genetic data, there is a distinct lack of ancient human genomes from Britain, with only 17 published ancient whole genomes at ≥1-fold depth–a gap that this project will fill. This lack of ancient genomes means that the demographic and evolutionary processes that shaped present-day genomic variation cannot be fully understood. While modern- day genomic data can provide clues about history and evolution, such information about short-term human evolution is only proximate, and confounded by processes such as population structure and admixture. The combination of ancient genomes with existing data will allow us to resolve these processes, and characterize past episodes of adaptation. In combination with the unparalleled existing resources for genomics in Britain, the ancient genome data we will create will provide a resource for fine-scale human evolutionary genetics that is unmatched anywhere in the world.

The Skoglund Ancient Genomics Laboratory has been funded by the Wellcome Trust to undertake a fine-scale reconstruction of human evolution by extending the genomic record of Britain into a third dimension by sequencing at least 1,000 ancient genomes. This study will represent a data increase of two orders of magnitude, and provide the most high-resolution time series for understanding the evolution of the genetic basis of human biology and disease for the foreseeable future. We expect to uncover both fundamental evolutionary processes in human populations and specific evolutionary pressures on traits important to past and future health challenges. The genetic data we produce will be uploaded to publicly-accessible databases on publication, producing an unprecedented ancient DNA resource for future investigations of human evolution and medical genetics. 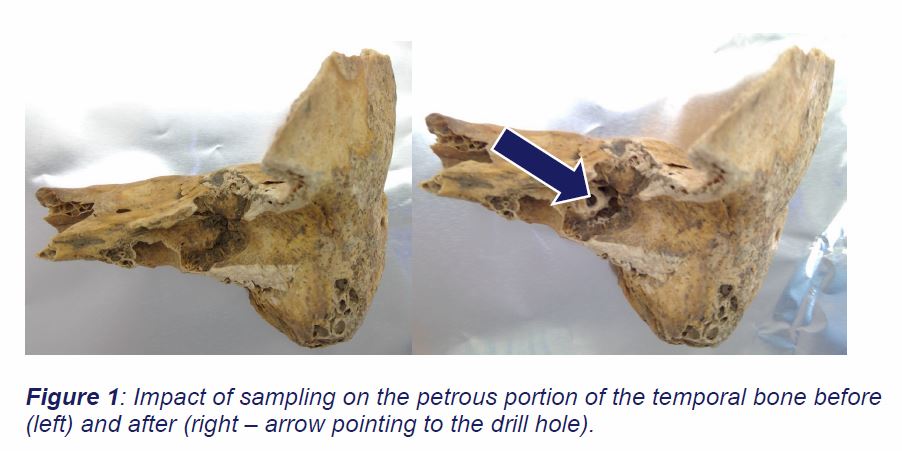 Importantly, the project will involve close collaborations with archaeologists, historians, and genomic epidemiologists, aiming to achieve synthesis between the research goals of genomics as well as those of the sciences of the human past, and to create a new horizon for public engagement about Britain’s past. Where DNA preservation is good enough, our project will naturally produce information on an ancient individual’s genetic sex, ancestry and biological relationships with other people from whom we have DNA data. We will also screen samples for the presence of ancient pathogens using a metagenomic approach, which can identify preserved DNA from a range of pathogens with which an individual was infected at the time of their death.

New Evidence Shows Surge in Enthusiasm for Heritage in England